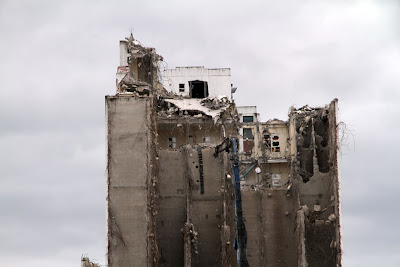 Walking from the city centre of Newcastle towards the Ouseburn river we could hear vast, echoing noises that sounded like the groanings, creakings, crackings and stompings of a ginormous animal, tearing away at some jurassic trees or the like. As we followed the curve of the bank, there was indeed something like an animal, doing violent things, tearing away at something. A tall, long, chomping pincer was eating its way slowly, methodically, through a big old concrete warehouse, the last of its kind on the grand old Tyne. The building was massive, heavy, and looked so permanent, but the demolition dinosaur was inevitably going to win as it precisely tore away chunks of floor, pulled out tangles of rebar, revealed doors, locked and unlocked, toilets, kitchens, office desks and windows in an awesome display of sped-up architectural decomposition. 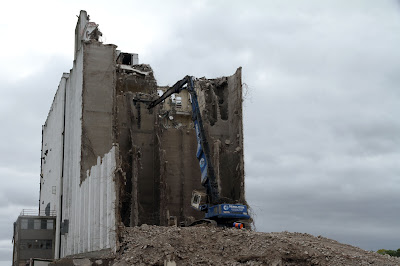 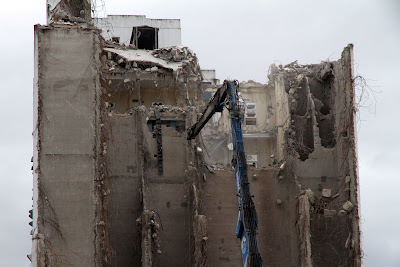 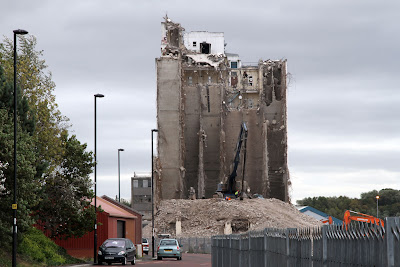 Posted by Adam Nathaniel Furman at 09:44