A set of photos from the 7th April 2015 of my favourite of Terry Farrell's three grand projects (all of which are remarkable in their own way) -the other two being the Mi5 Building and Embankment Place. 125 London Wall (1990-2) is a dizzyingly dense collection of articulated elements, and is by far the strangest, the most interesting and enduringly delightful of the huge volume of office projects thrown up in the period following Thatcher's big bang. It is a bridging structure built over the intersection between Wood St and London Wall, with an open-air pedestrian highwalk suspended below the office floors, above the roads, that contains restaurants and shops, and which connects the building to the Barbican, Albion House and the Museum of London. 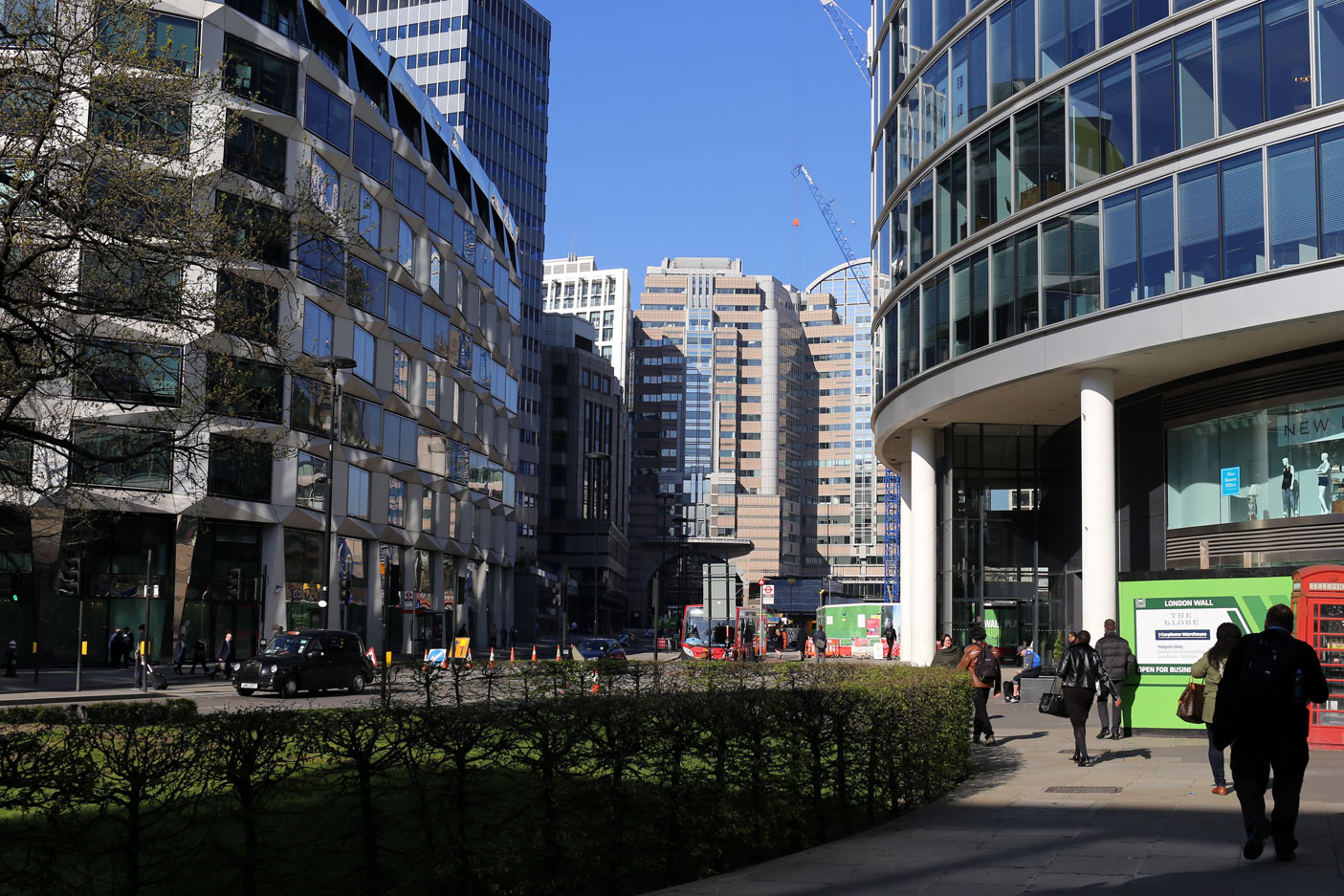 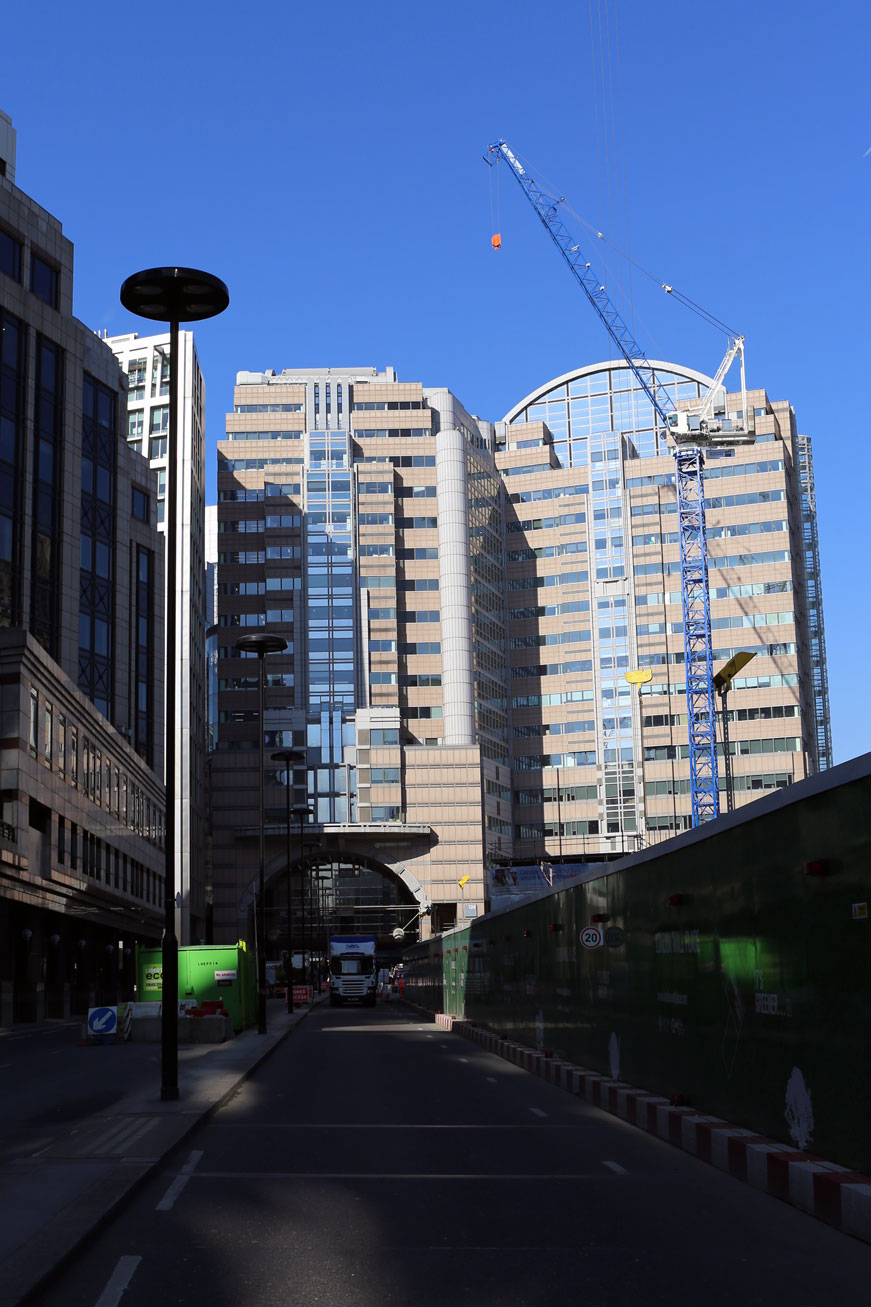 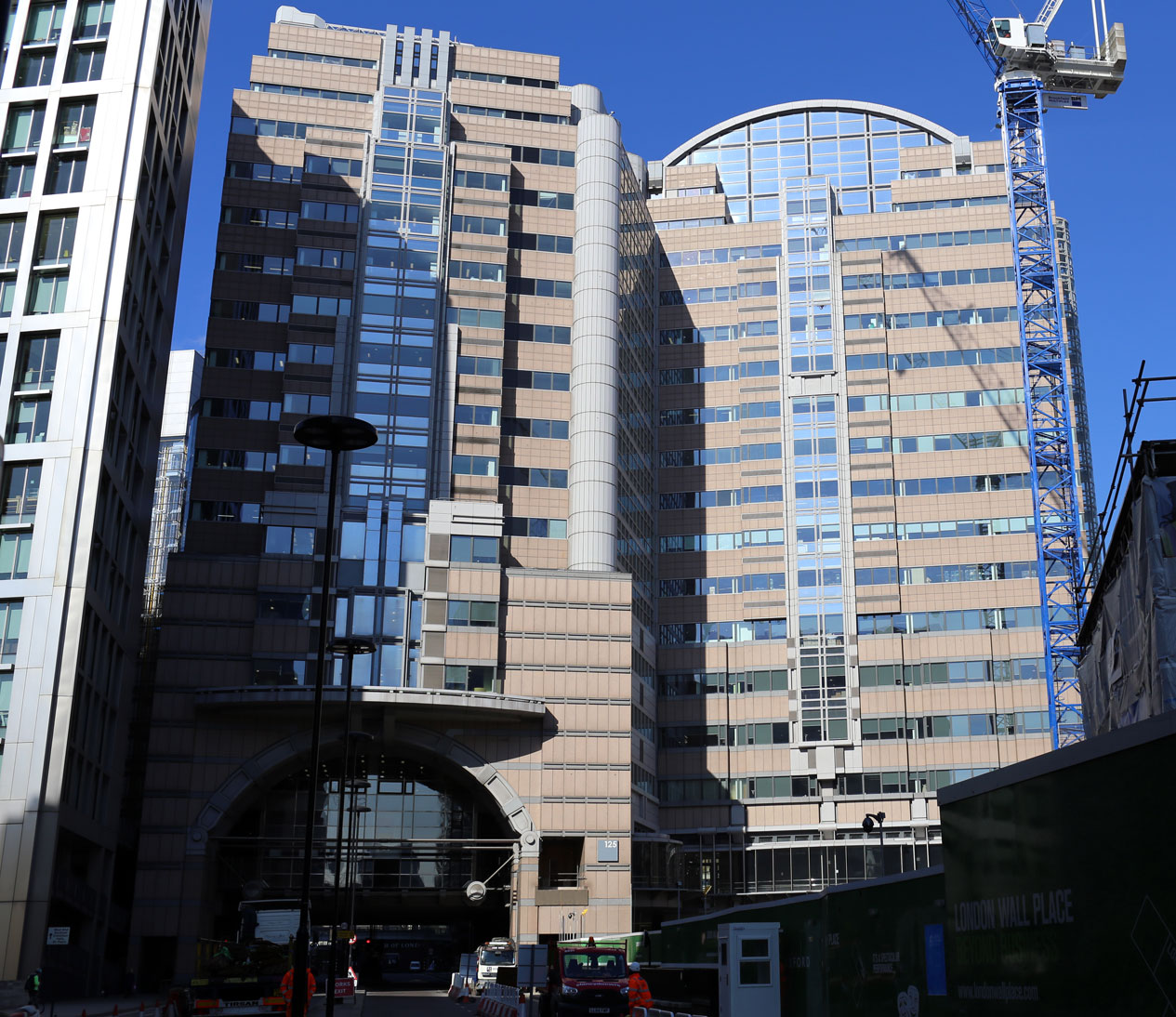 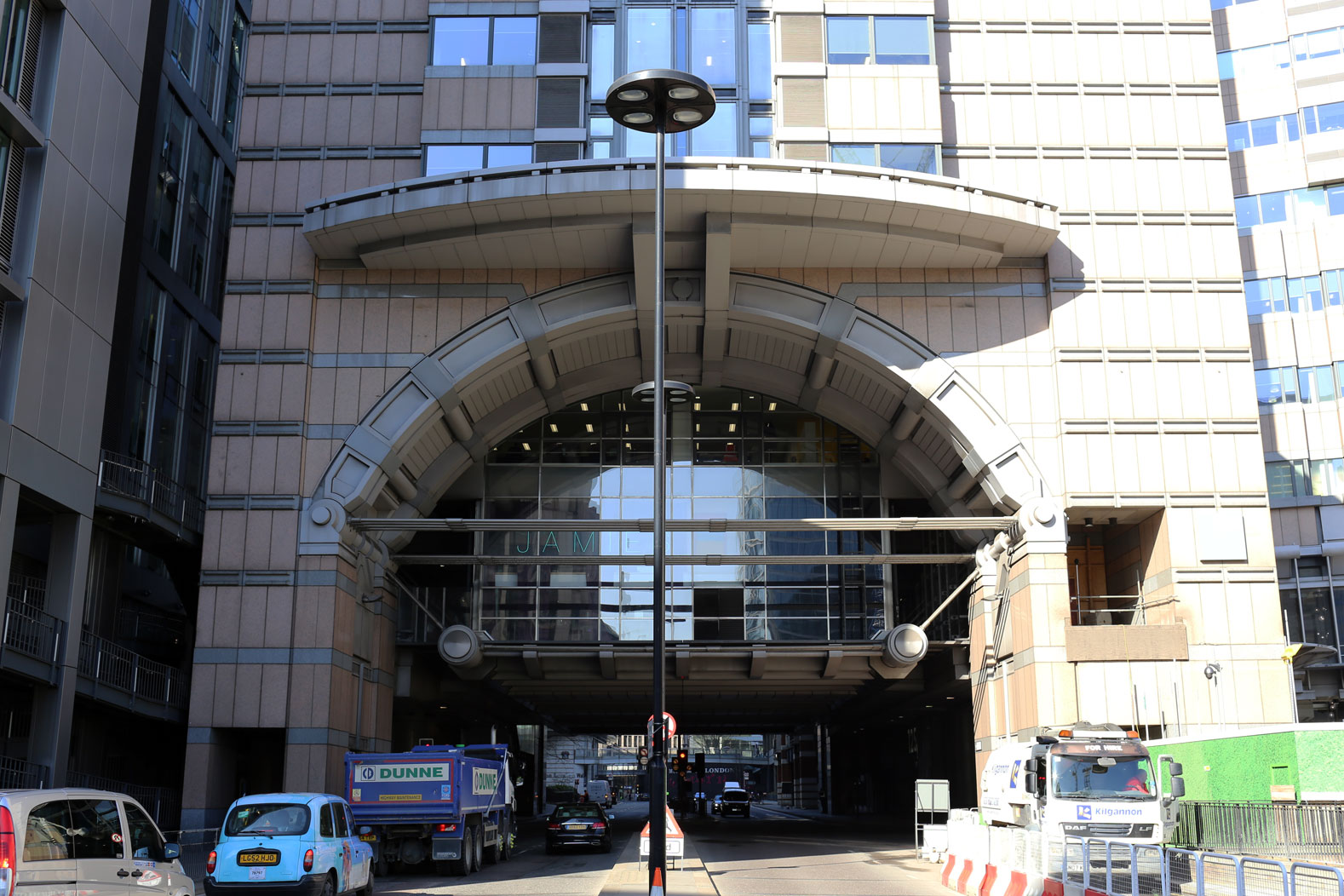 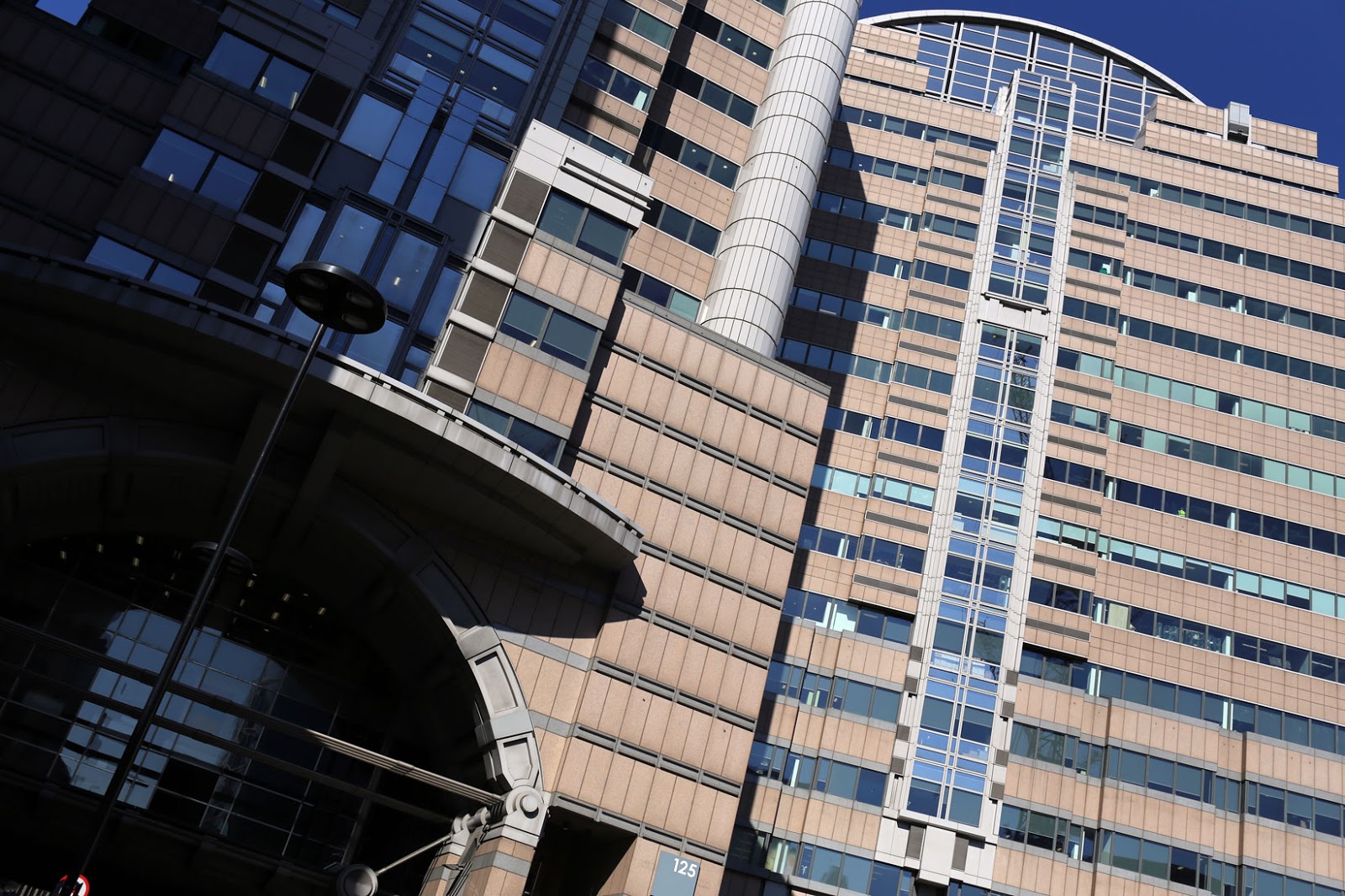 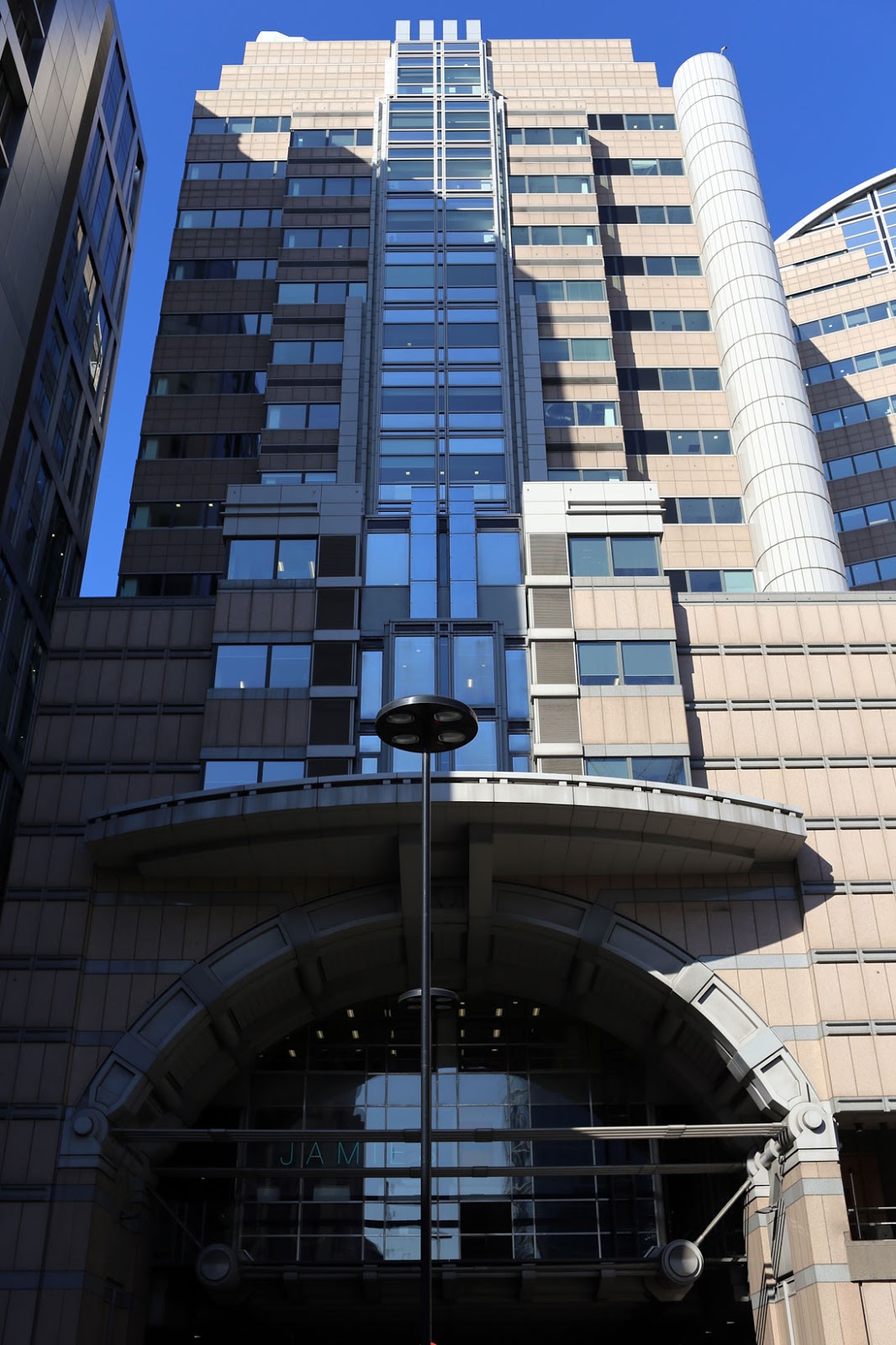 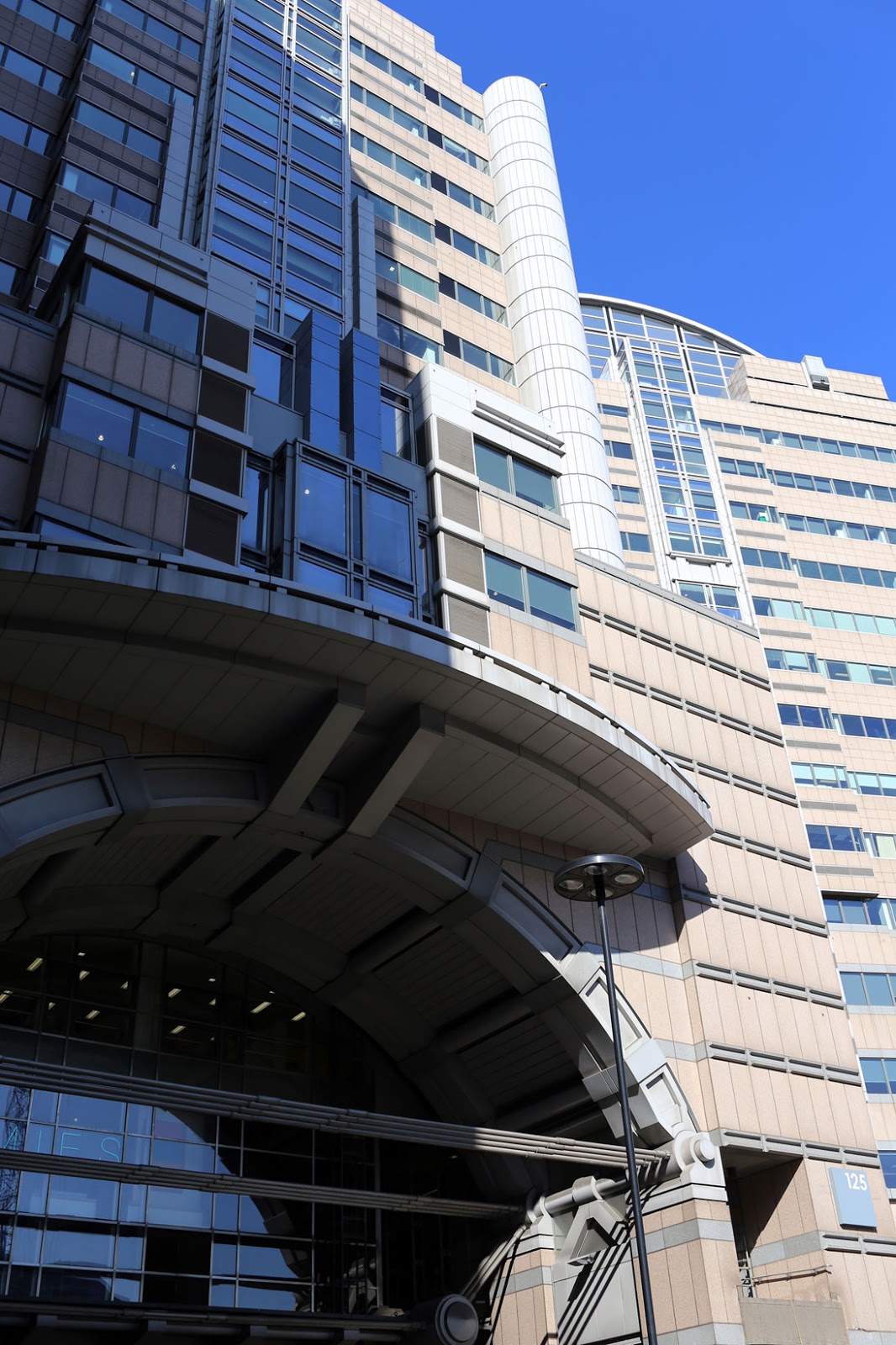 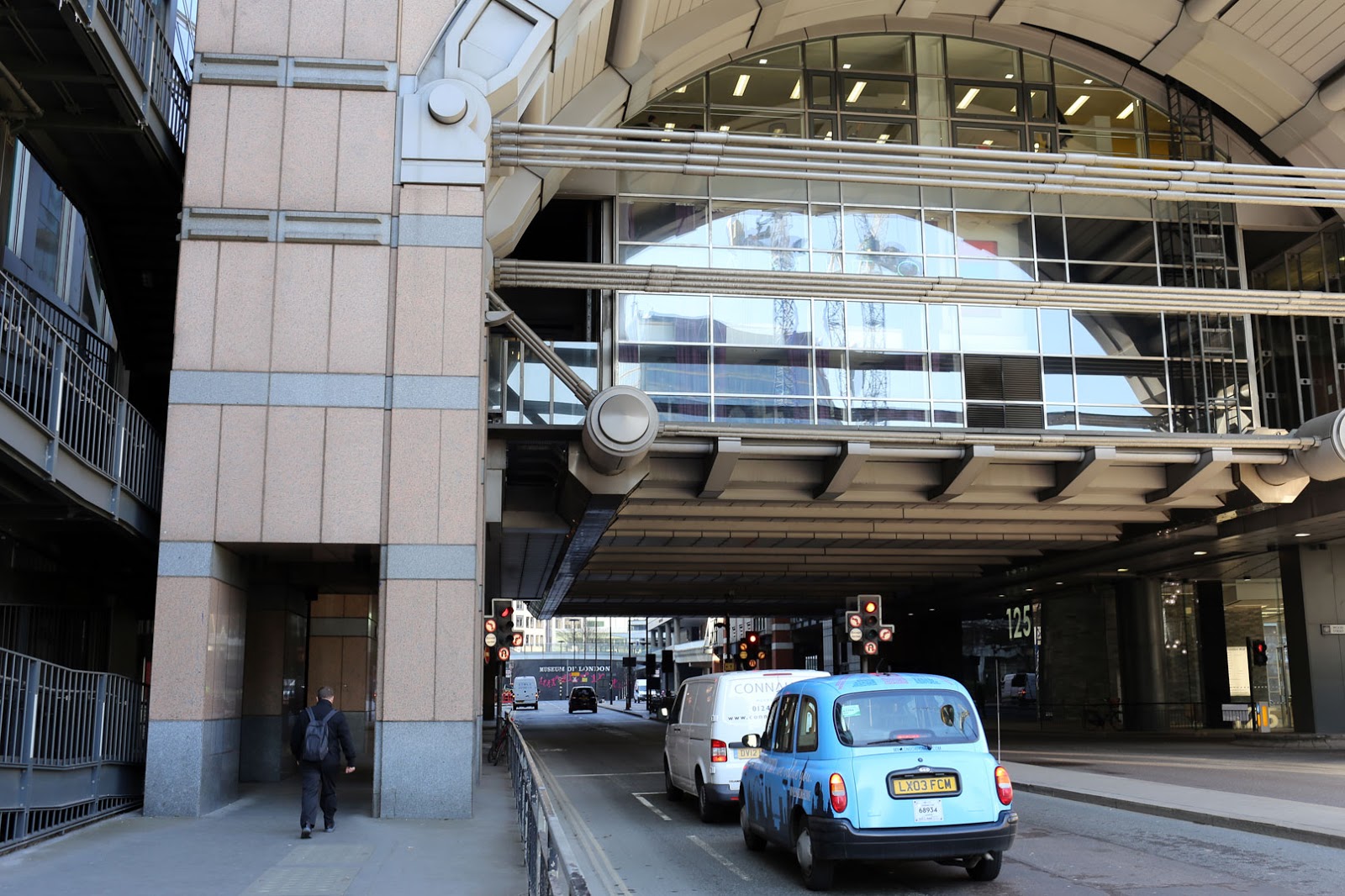 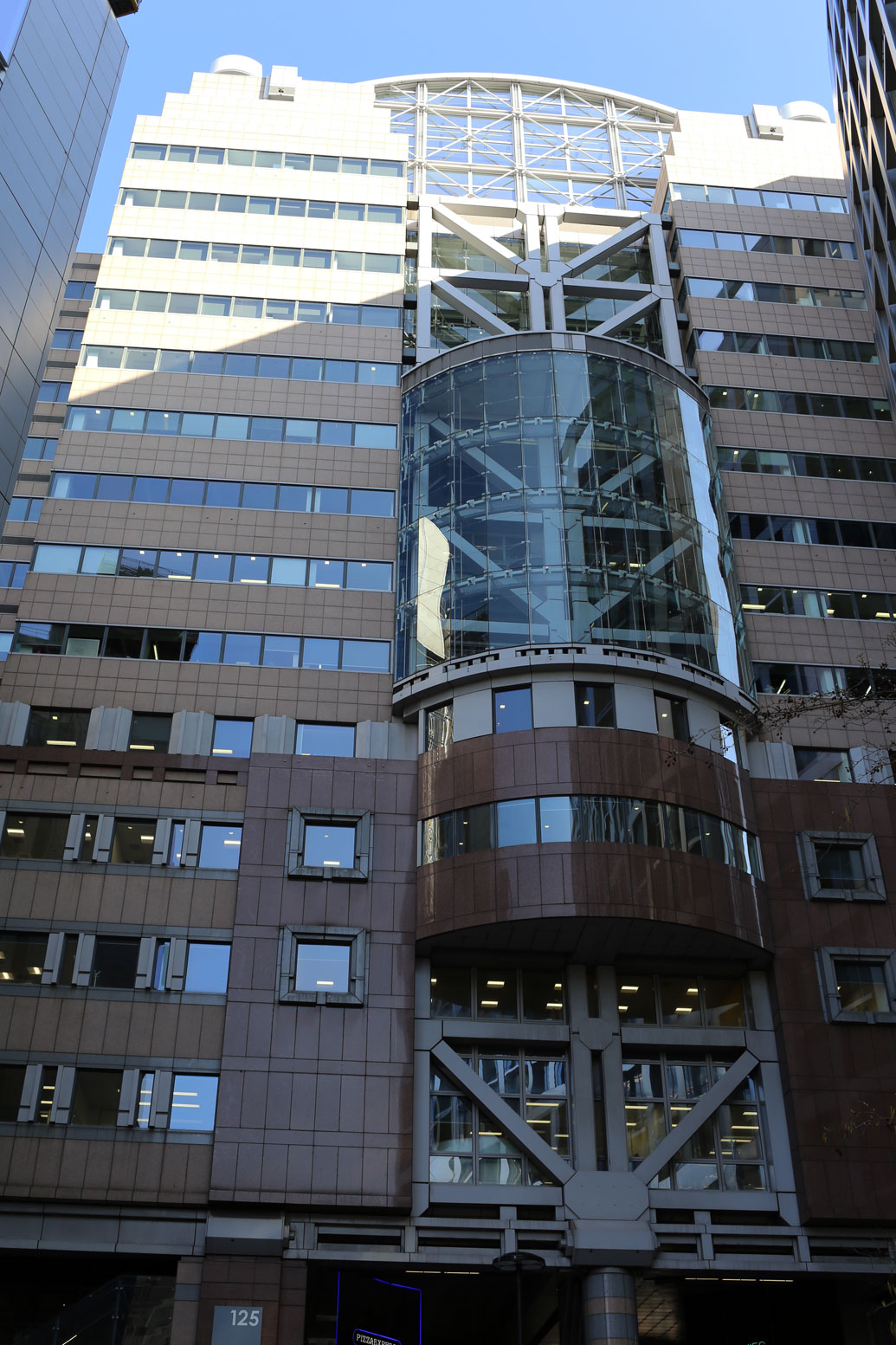 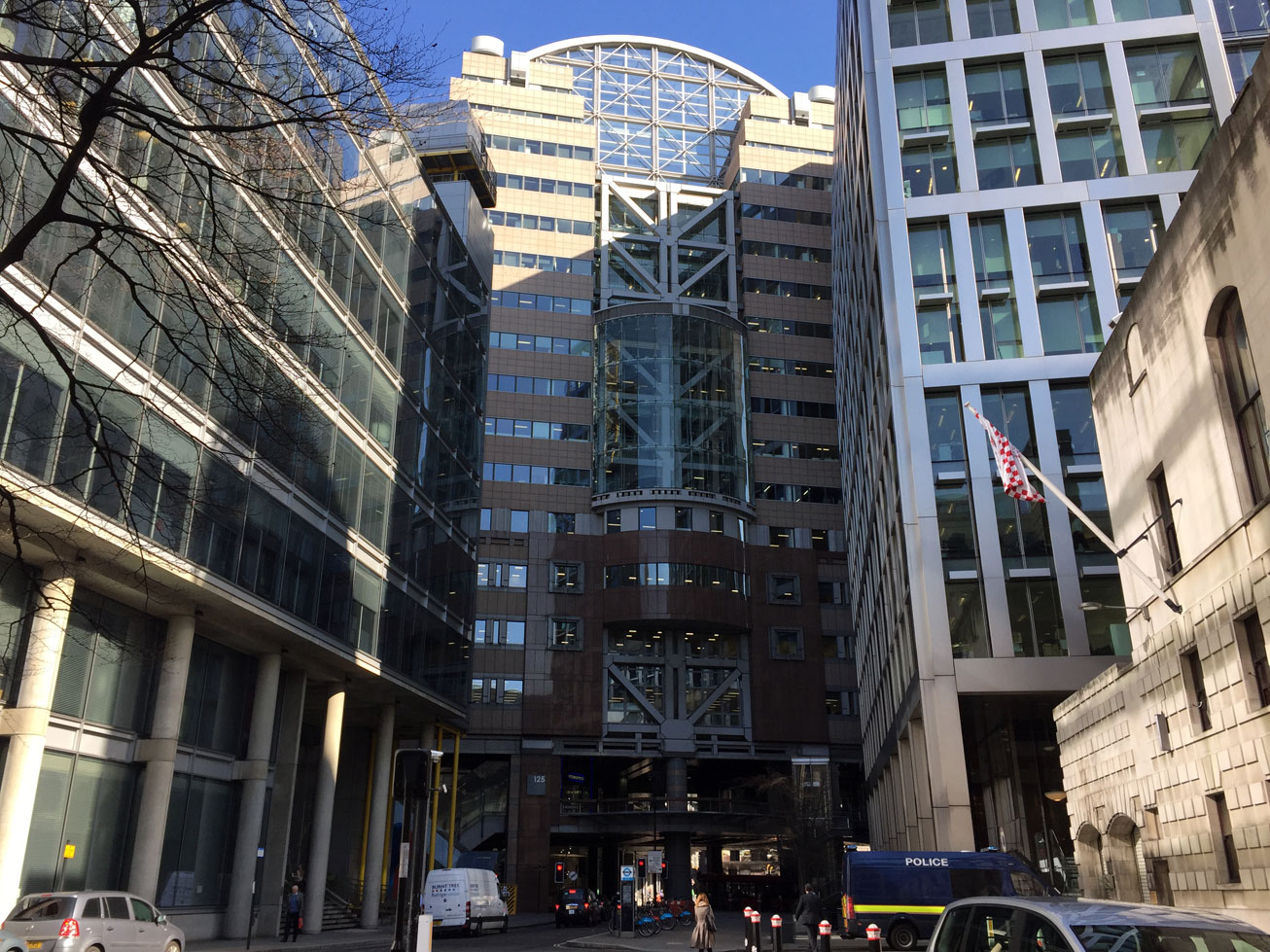 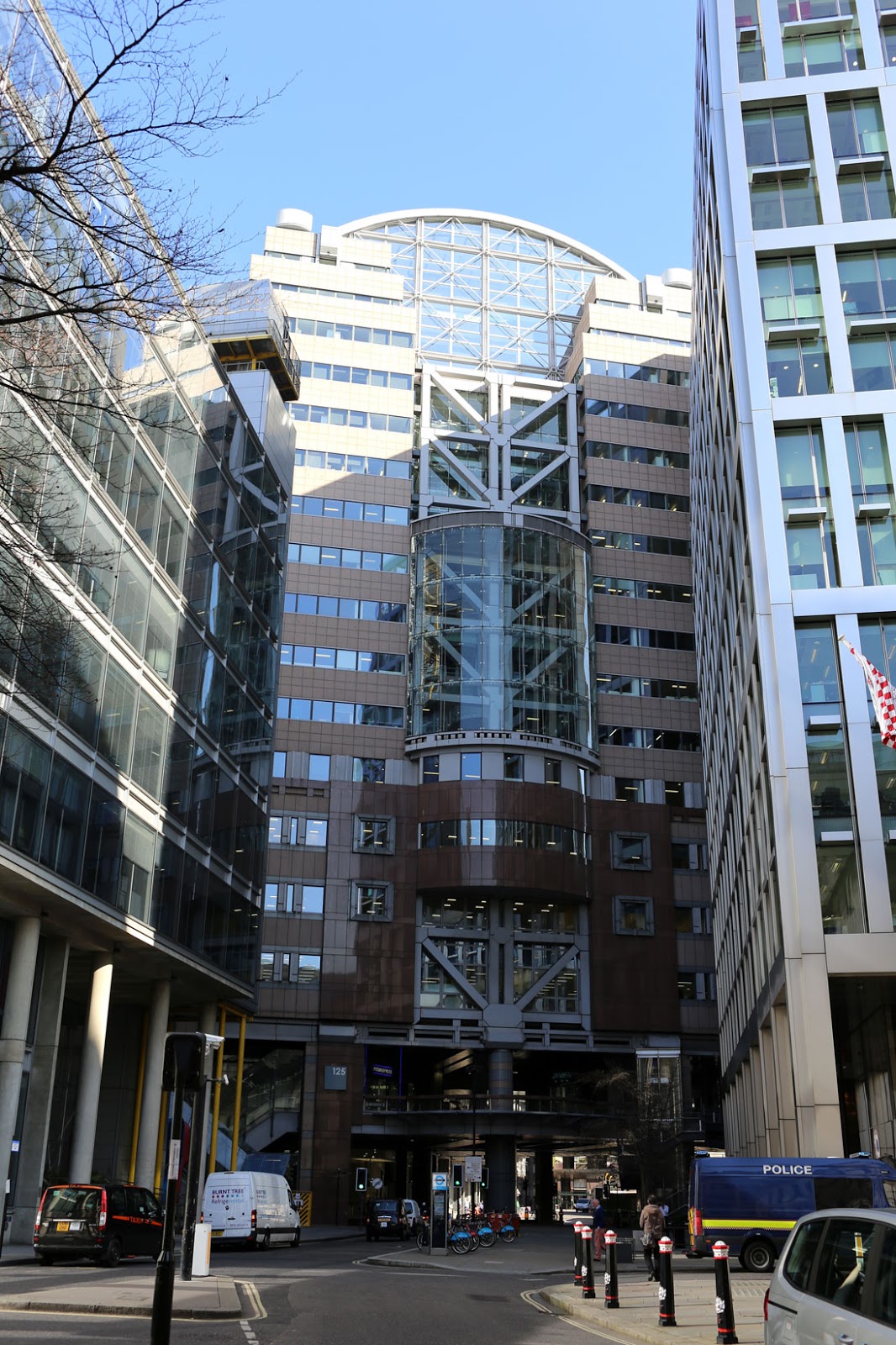 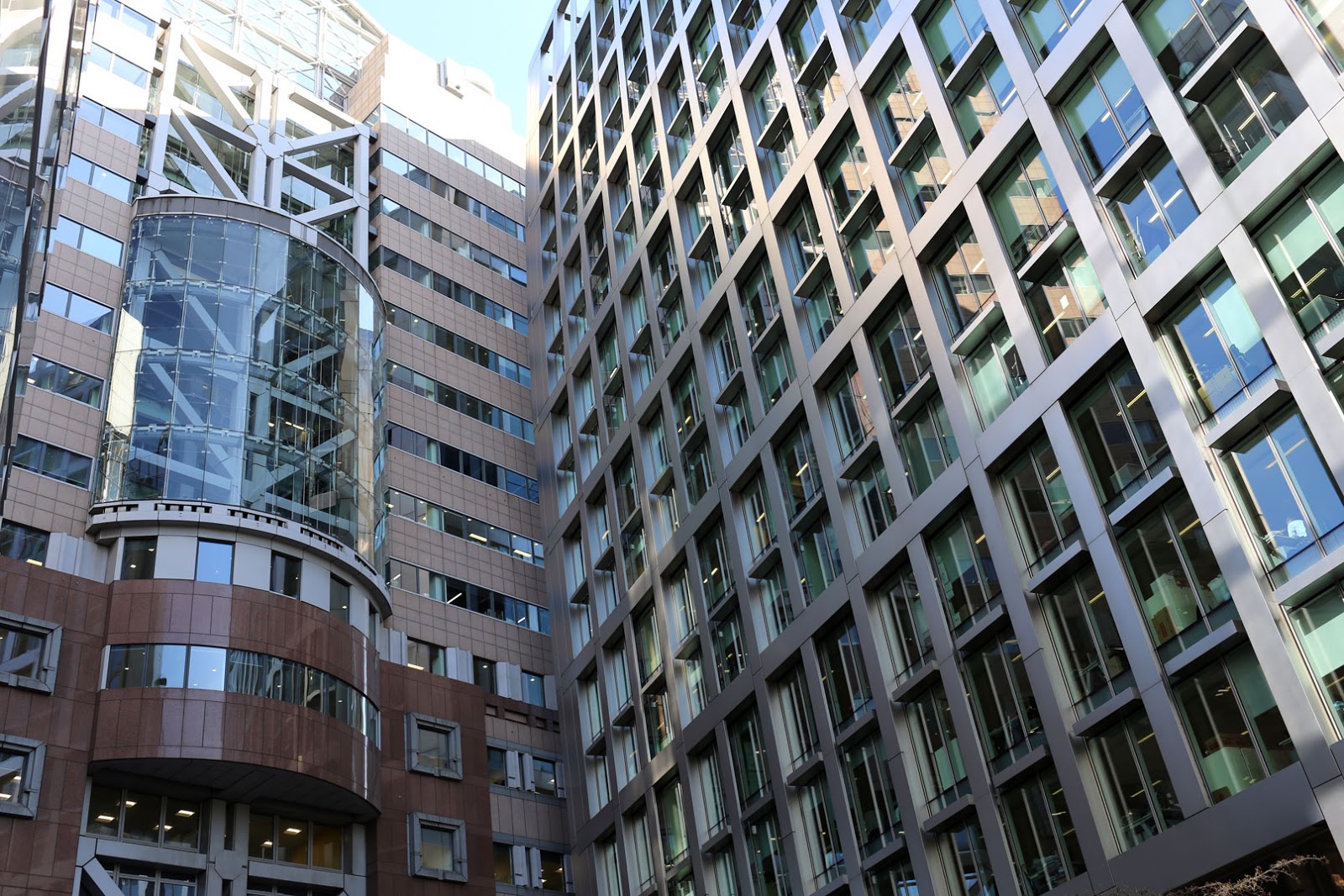 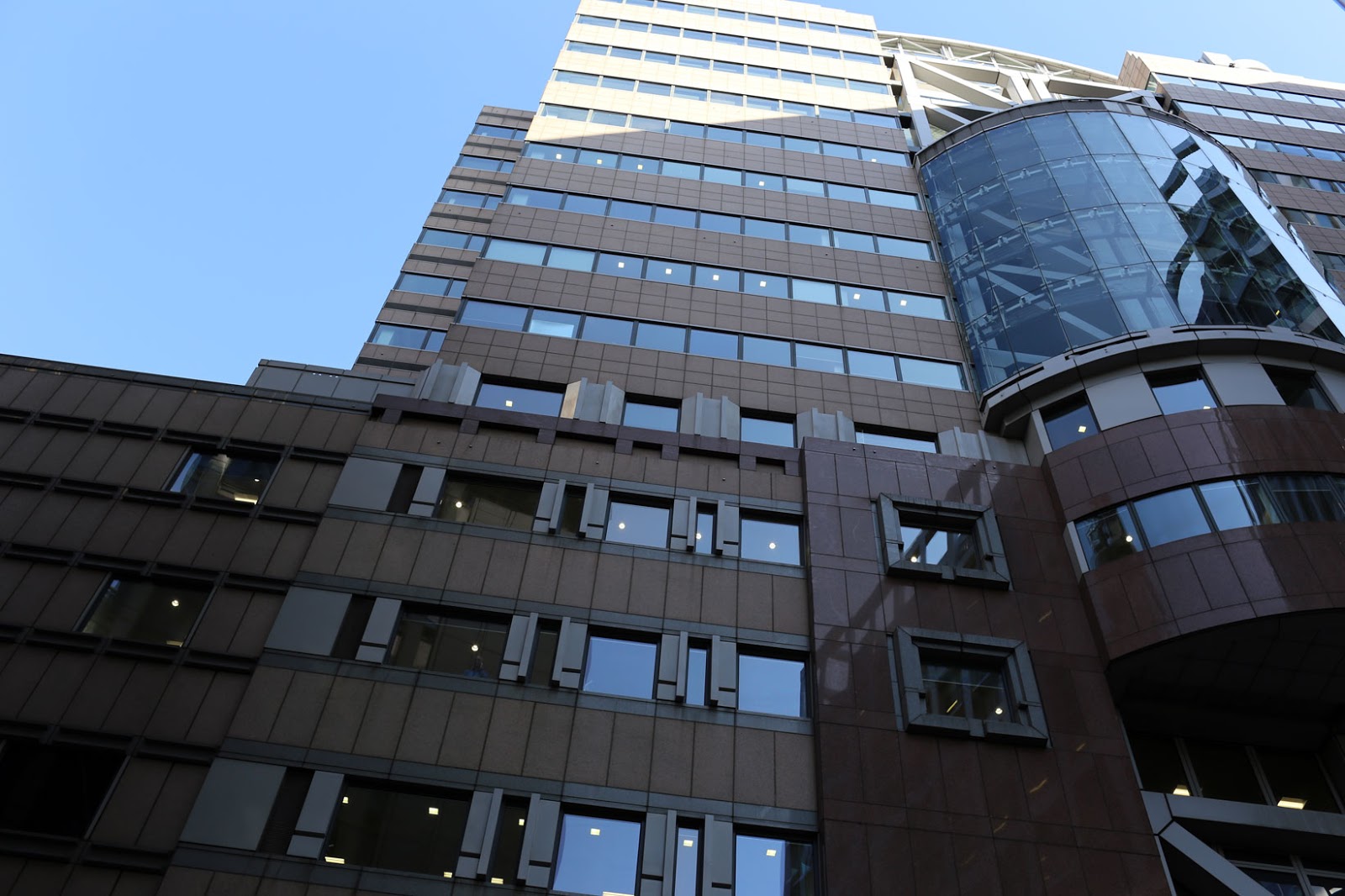 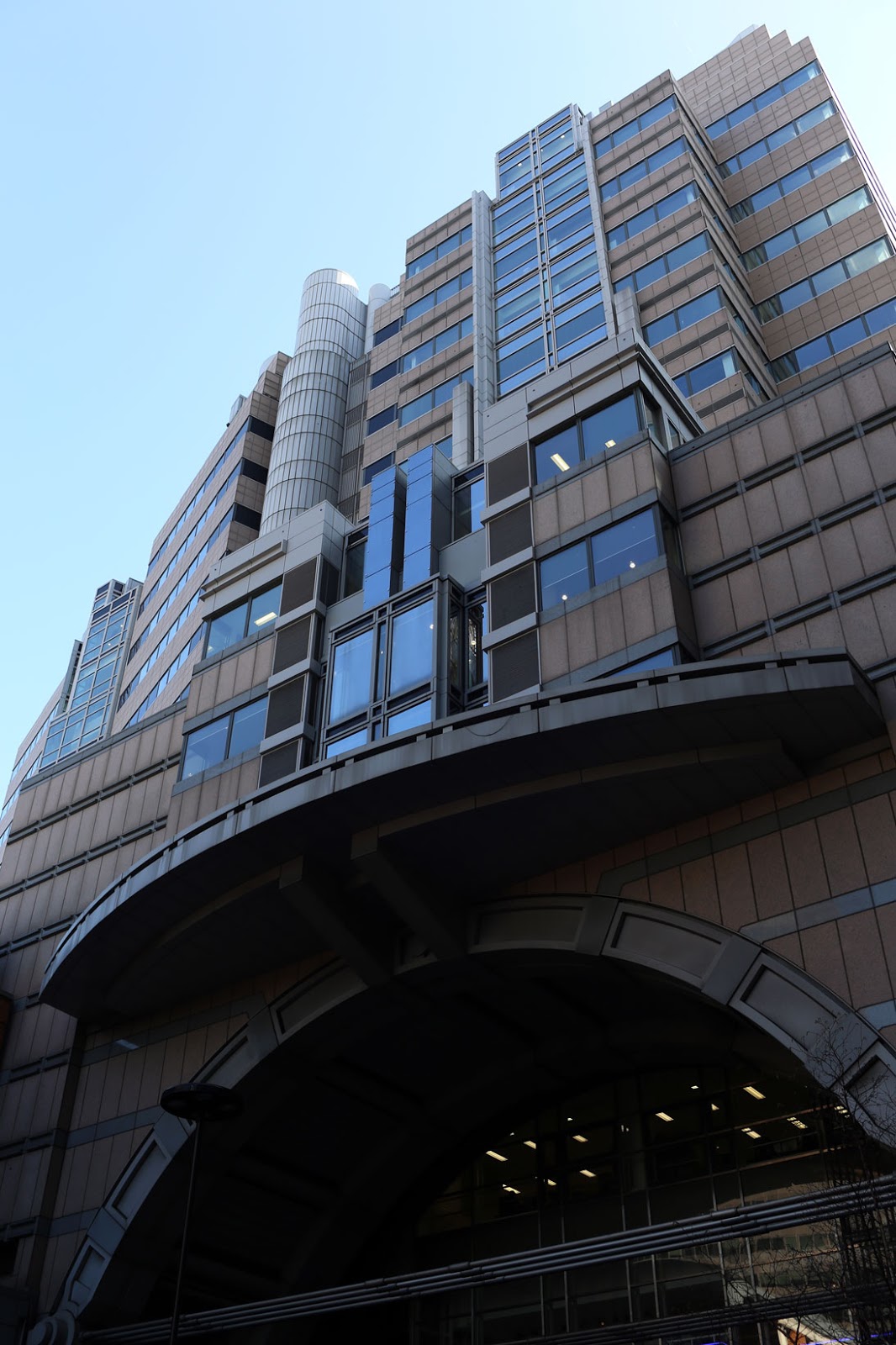 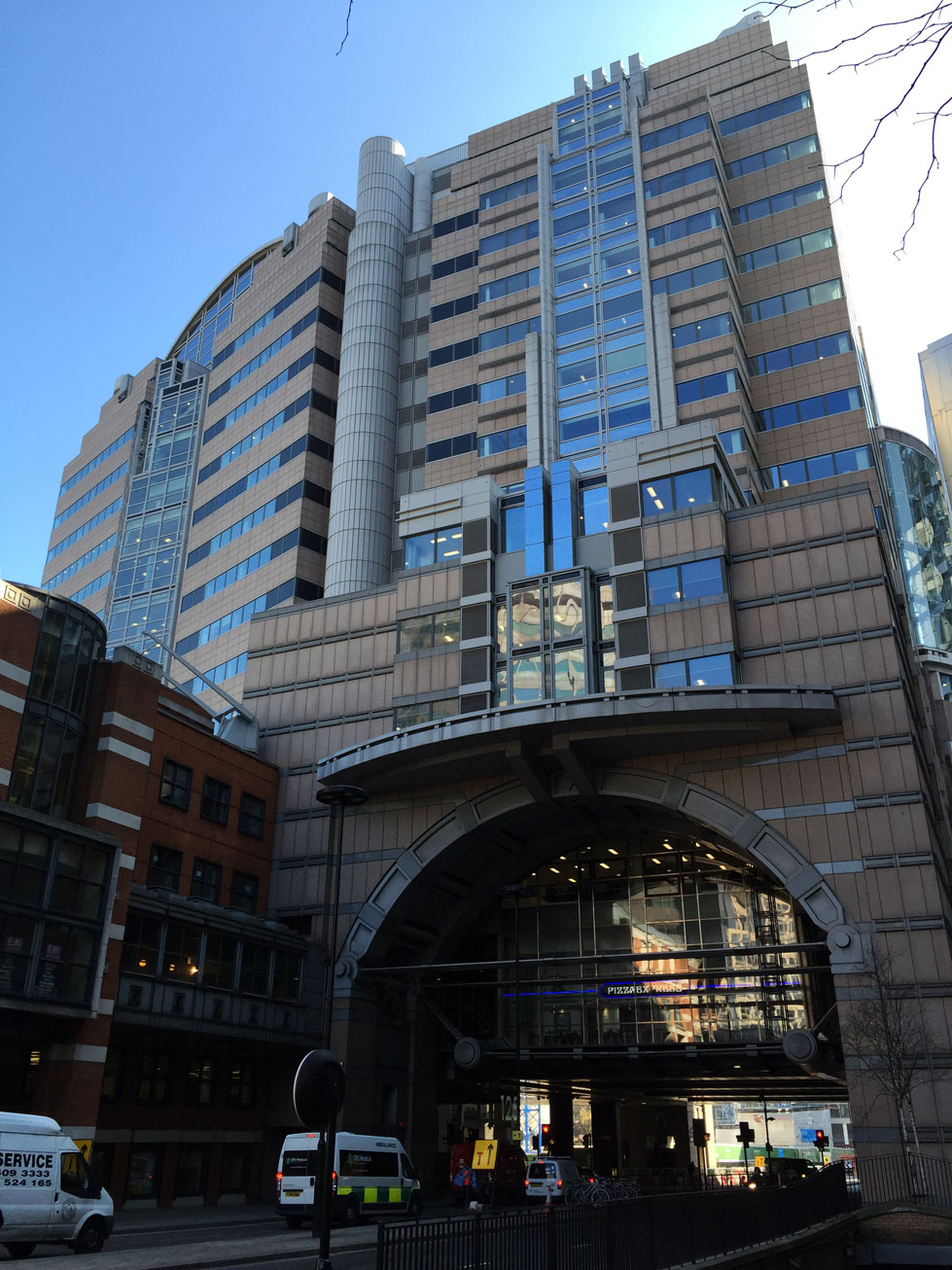 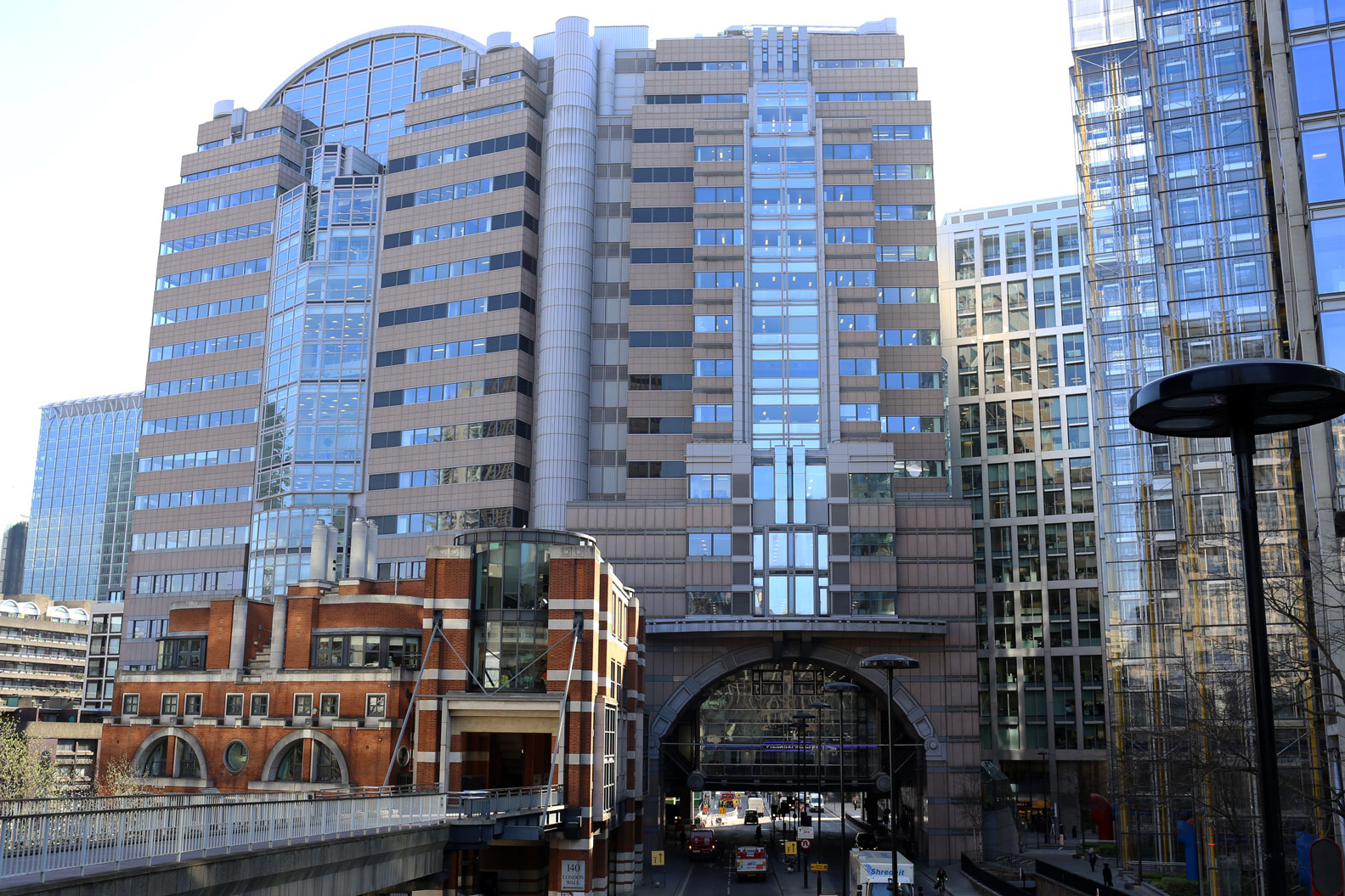 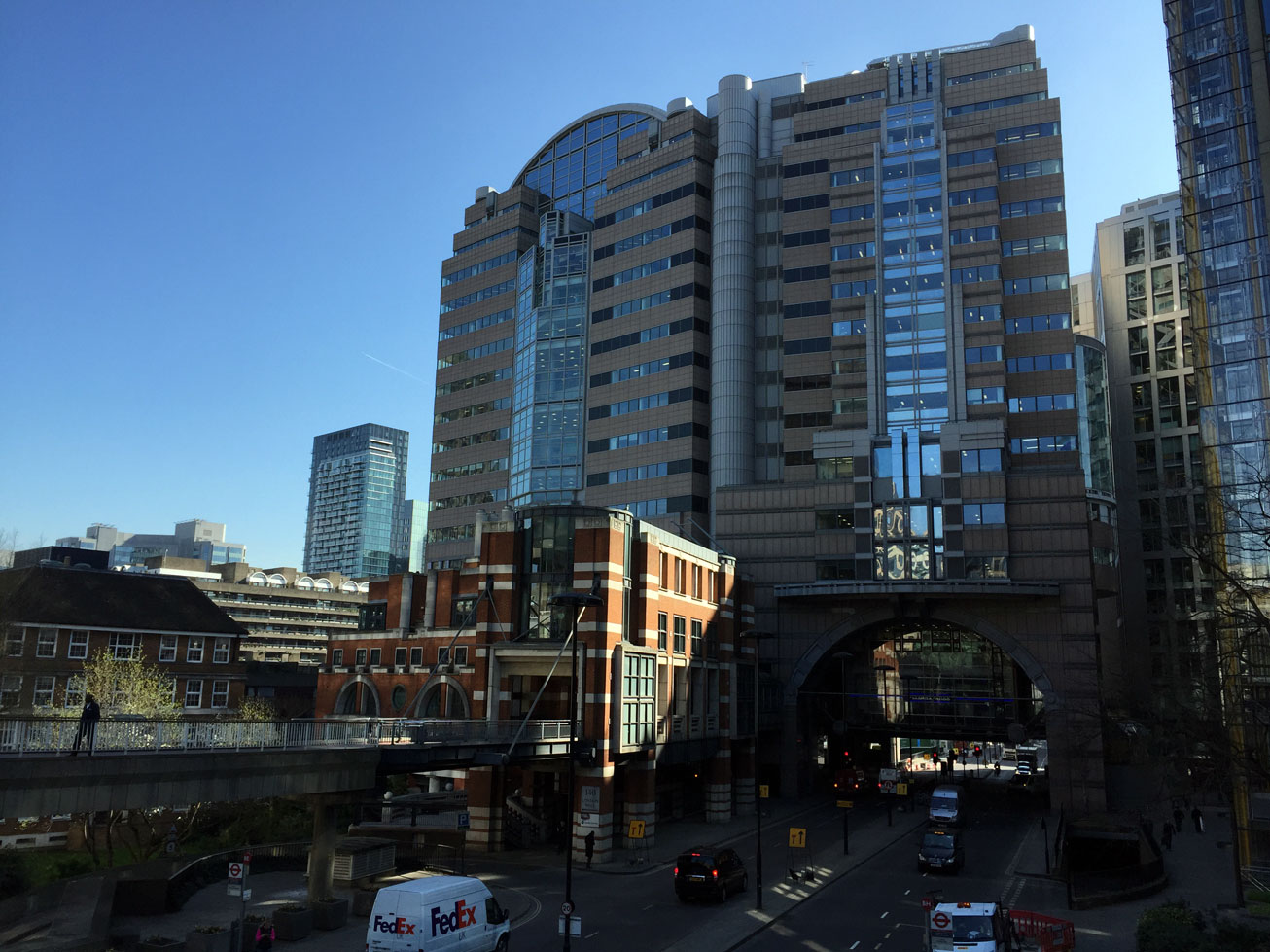 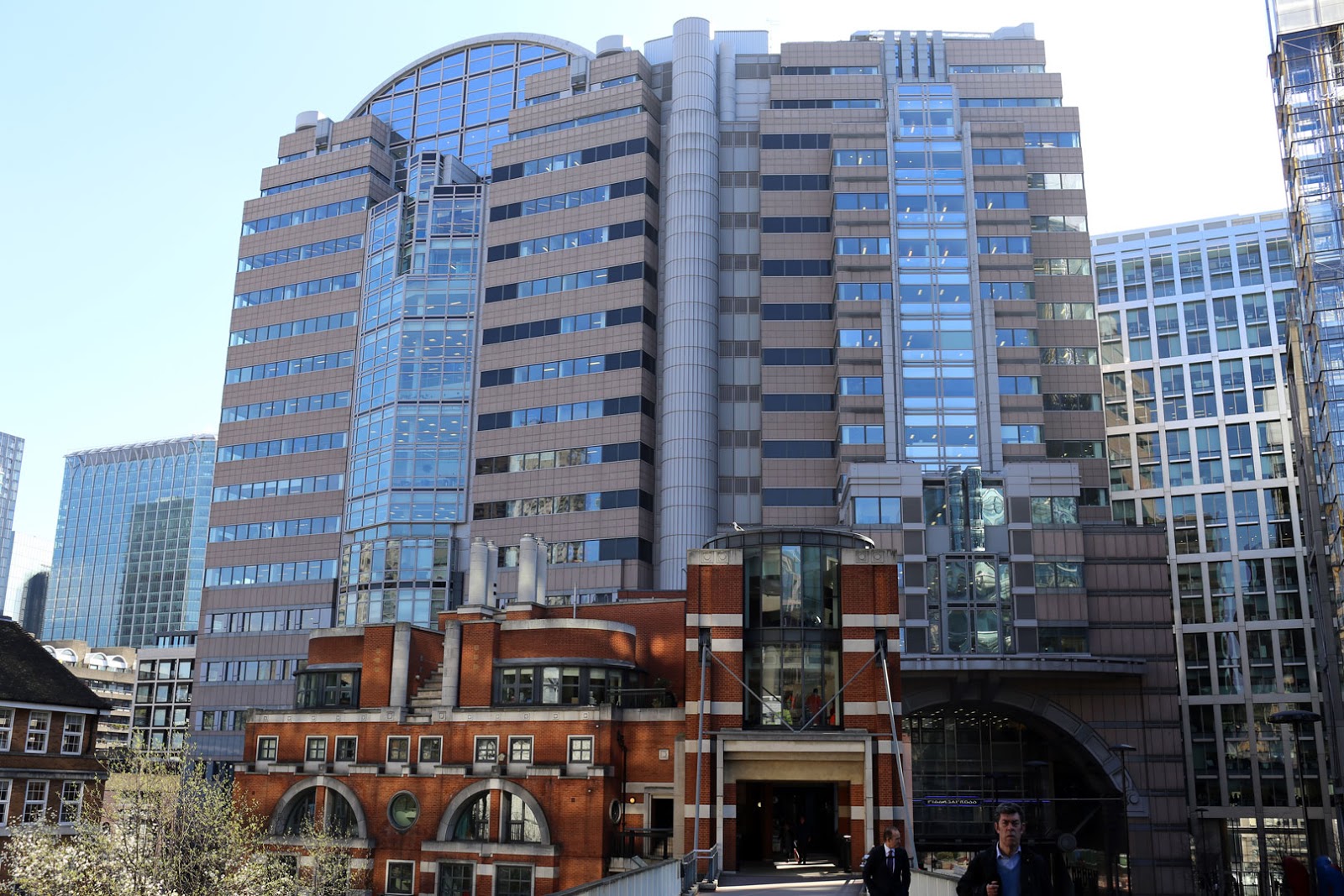 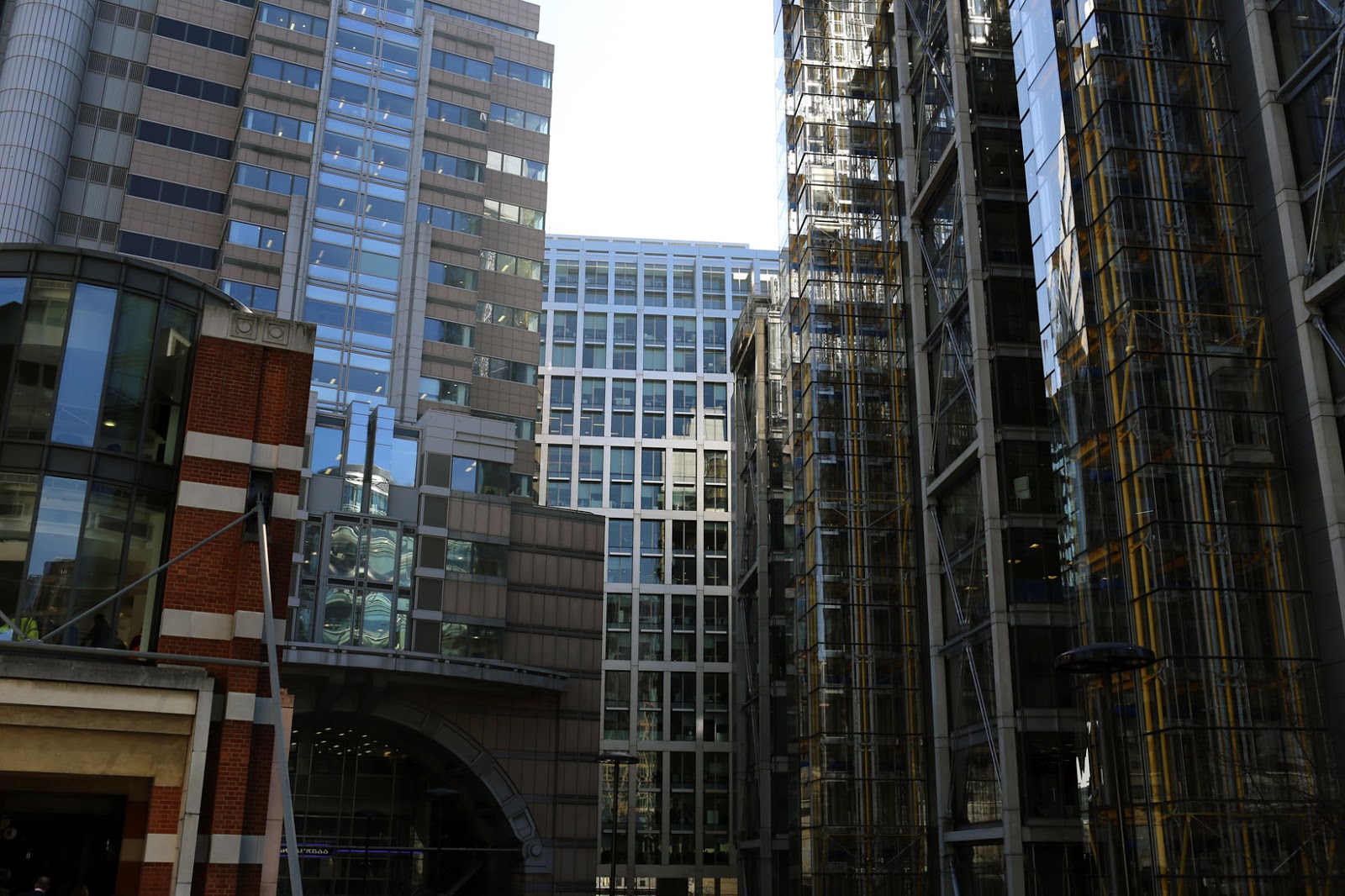 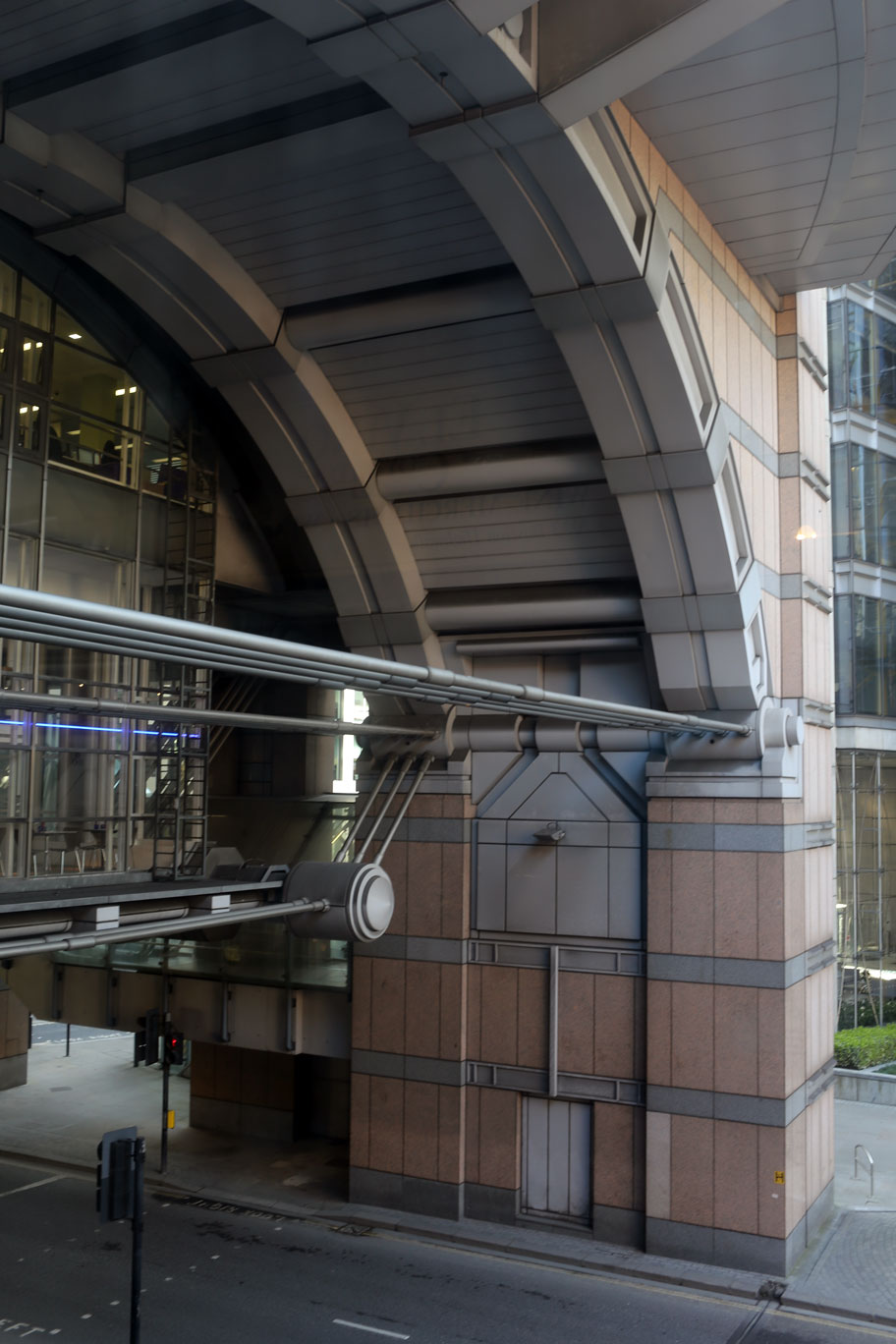 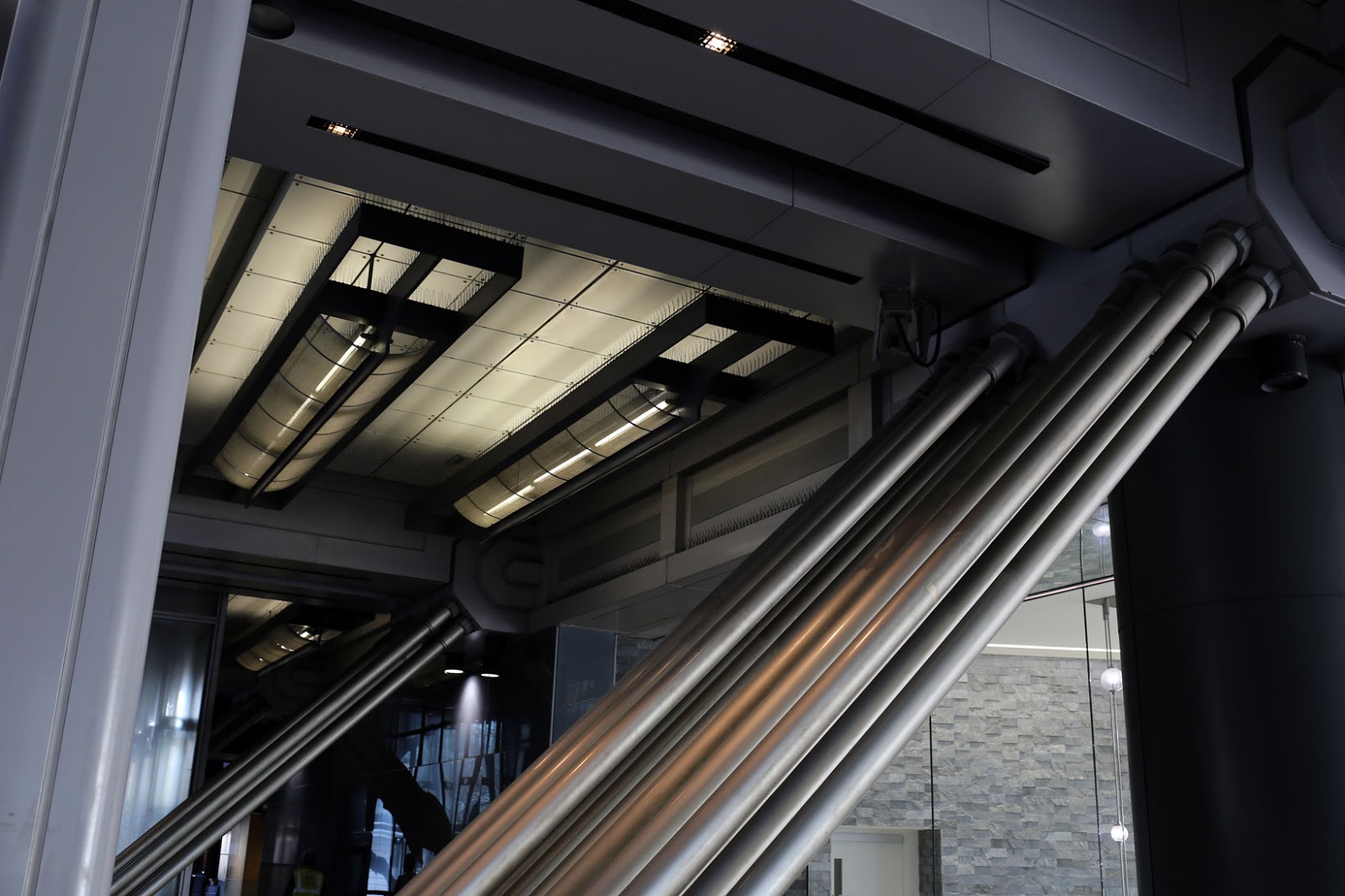 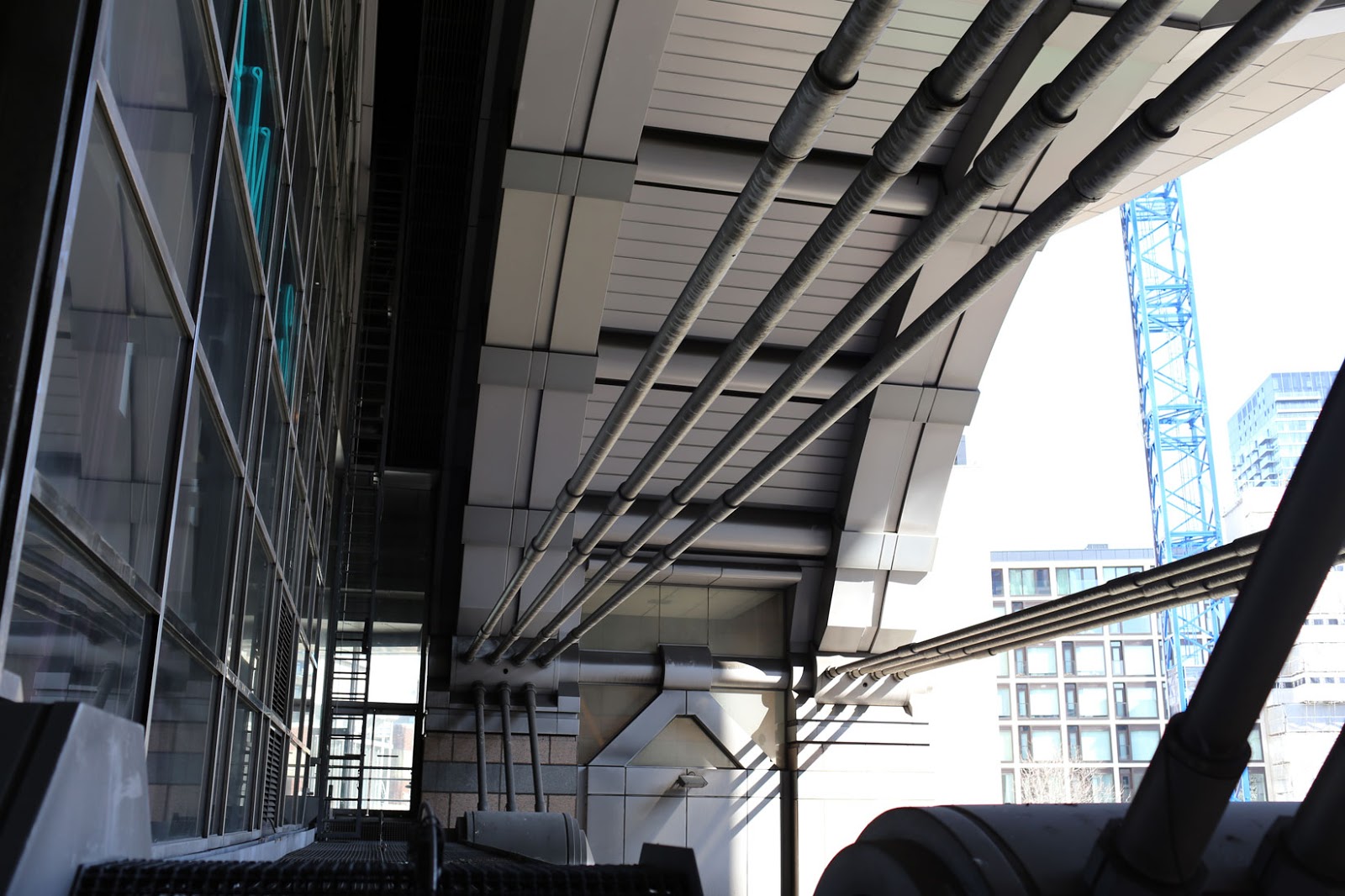 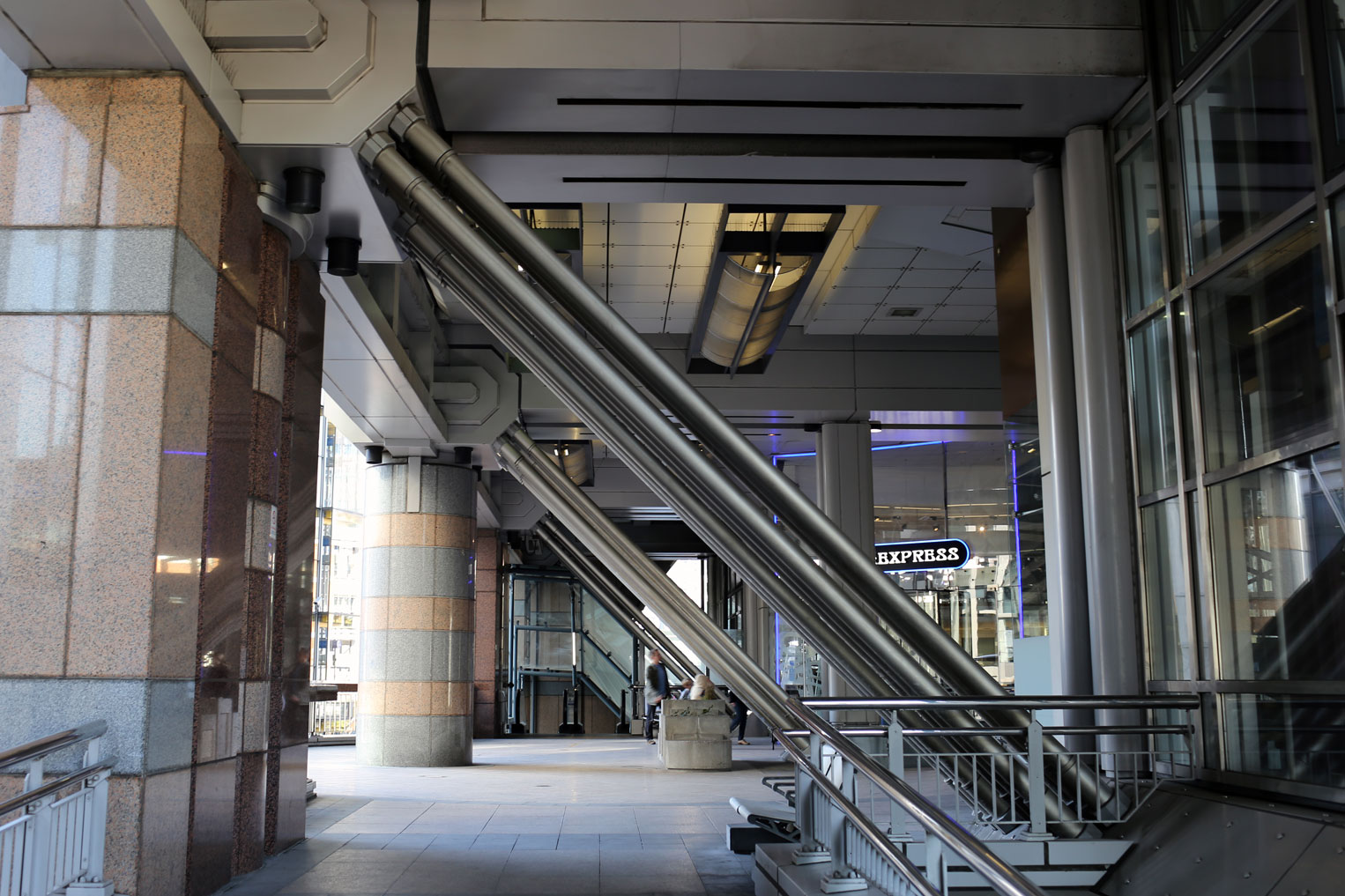 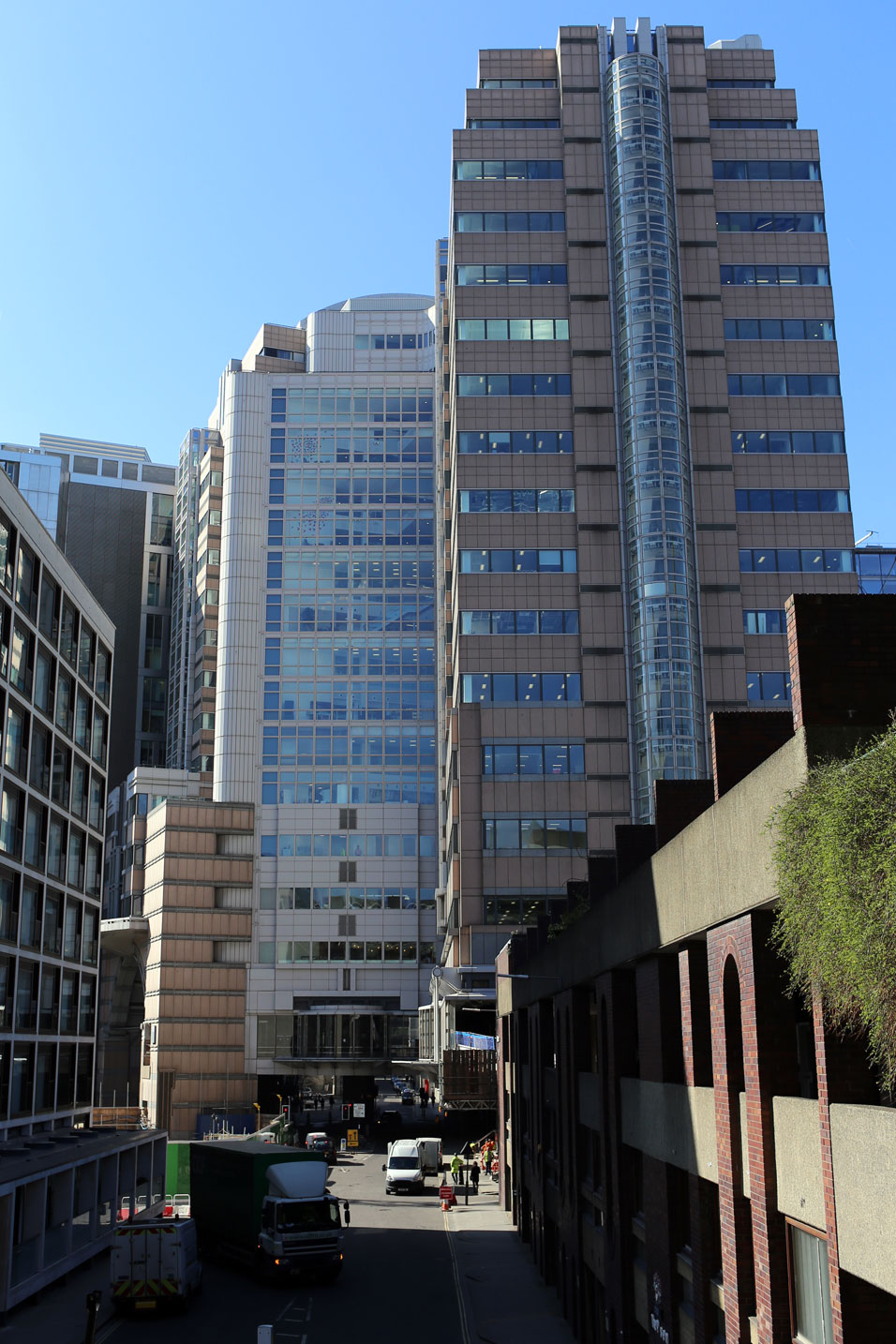 Posted by Adam Nathaniel Furman at 14:24