An Unfinished Ruin in Savyon, Israel 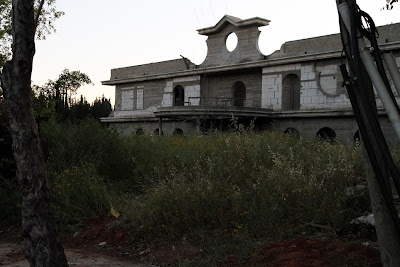 A large unfinished house in Savyon, a wealthy suburb in the Gush-Dan area of Israel. Savyon was built in the 50s as a collection of medium sized houses in large gardens, and has since developed into a showcase similar to London's Bishops Avenue, where, through an influx of money from parts of the world where aesthetic signals are mixed with an unusually audacious and un-reflective eagerness, homes grow into caricatures of status, organised around the pomp of their facades, and the music-video kitsch of their pool-sides. 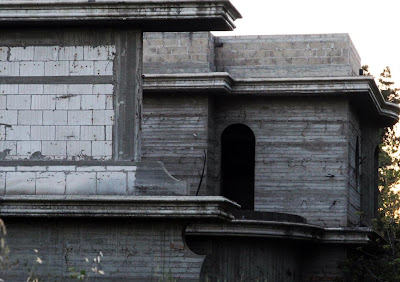 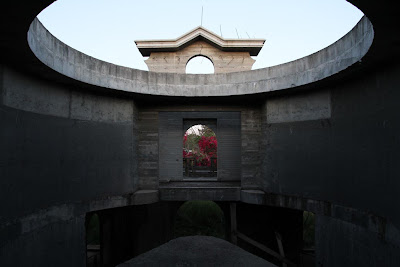 While development has usually led to either faux-palace fronts, with badly made colonnades, or to obese New Mexico style adobe cubes, looking like brochures for luxury tropical resorts, there is this strange pile, not quite fitting in, that has sat regally rotting in one of the main streets for about six years. 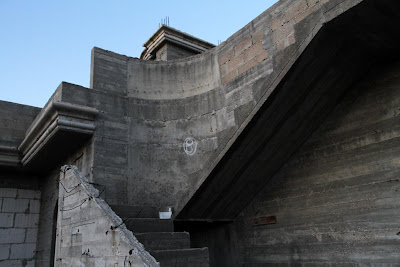 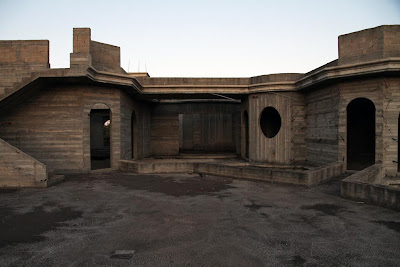 Looking like one of Saddam's smaller attempts at architecture, after a missile strike, it was apparently built by a Georgian (or Kazakh, or Russian...) tycoon who, suffering from a mix of paranoia, bad taste and delusions of greatness, demanded that it be built as solidly as a bunker, and -one guesses- as palatial as, well perhaps less palladio and more Naboo. 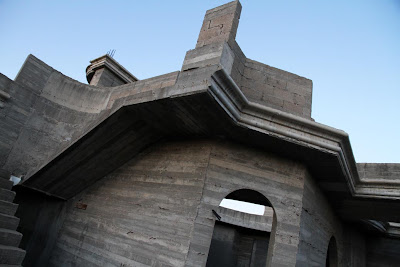 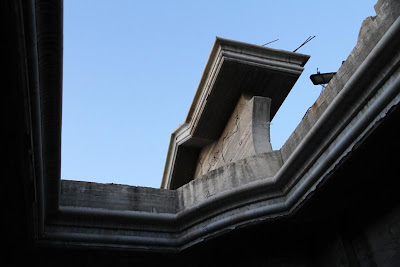 Having spent alot of money pouring all that concrete into all those complicated forms, which I imagine were to last forever, it turned out that the owner's dreams came up against the fact that he had over-built the area that was zoned for construction on the plot. After spending so much building it, and the structure being so thoroughly monolithic (bunker-like basements included), it proved beyond his finances to demolishes it, let alone start again, and so it sits there, slowly rotting, and I imagine being well used by teenagers and kids. 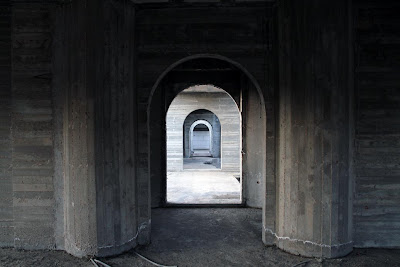 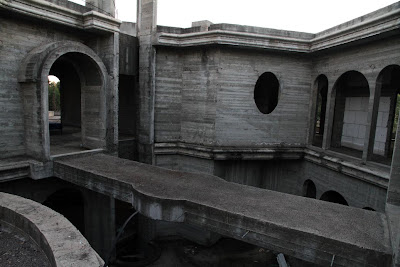 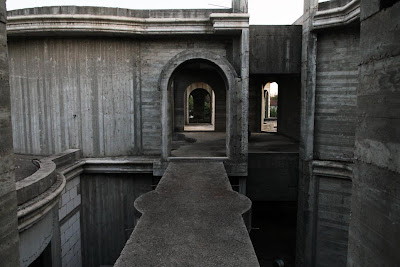 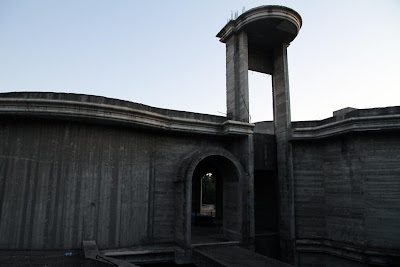 A combination of the Edifice Complex, planning law, cheekiness and bad taste here managed to produce a quite fascinating place that simultaneously has the romantic allure of the modern ruin, like all those unfinished Dom-ino frames scattering Greece's landscape, the exotic strangeness, and mixed language, of new luxury architecture in Central Asia, as well as the weighty trace of implied defence and aggression that its interior resemblance to a bunker produces. 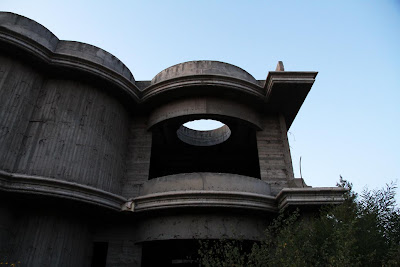 Posted by Adam Nathaniel Furman at 07:09