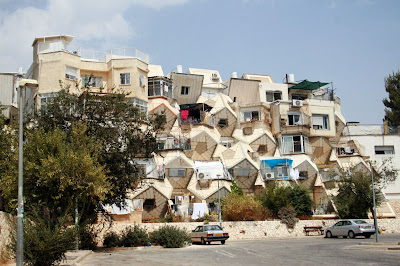 Ramot Polin is a 720 unit social housing development in Jerusalem, built on land expropriated from the Palestinian village of Nabi Samwil from 1972 onwards, designed by Zvi Hecker, and part of a large government building campaign immediately following the 6-day war. 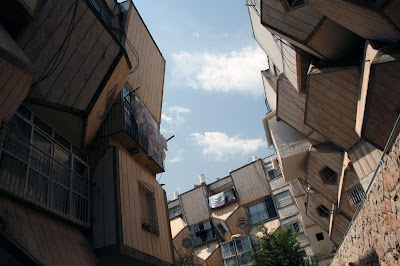 A certain degree of formal experimentation was allowed to pass in the rush to build, and so Hecker somehow managed to argue the case for these amazingly impractical honeycomb units on a combination of their modular replicability, and the speed at which they could be assembled, as well as a "these geometries are a part of the underlying structure of nature" type argument. They were quick to build and cheap, to boot they looked interesting, and so they were built. 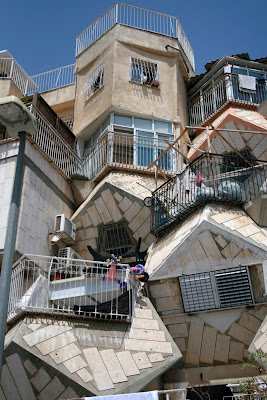 The buildings are on a hill 4km north of central jerusalem, and as you approach, instead of looking like crystalline outcrops of pure geometrical forms, some of them are difficult to distinguish as entities of architecture at all, instead from afar they together manage to look just like a ramshackle village on a steep site, of which there are a few thereabouts. 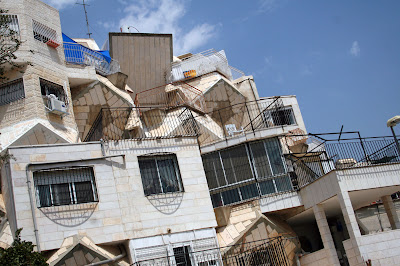 Which is because the estate is an extreme example of the Israeli, and generally Middle-Eastern, tendency to radically alter and make additions to the family home outside of official planning regulations and permits. 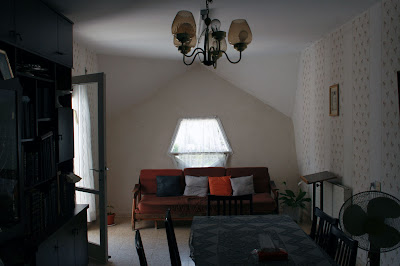 The interior spaces are monumentally impractical, with large areas of unusable walls, horribly cramped balconies, windows that seem especially designed for children to fall out of, issues everywhere with rain screening, drainage, and lack of natural light, all amounting to the development from the beginning not attracting the middle income, secular families it was originally intended for. 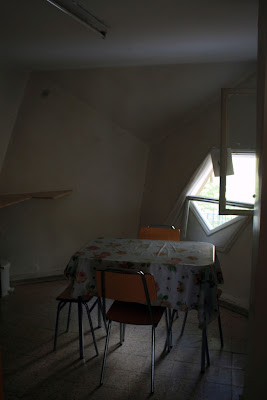 The bold shapes lay empty, the government slashed rents, and a rather surprising, less assuming community slowly made it their home over the coming 30years. Several hundred Haredi Orthodox Jewish families, appreciating the low rents and seeing the awkwardness of the complex's layout as a very minor inconvenience indeed (as well as guarantee that others wouldnt follow) compared to some of the places they had previously been forced to call home, moved in on mass. 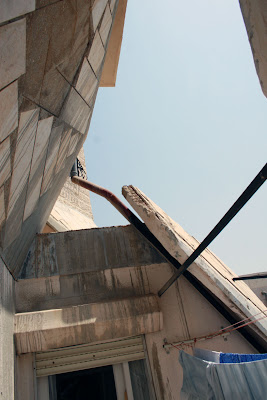 The isolated hilltop location was an added benefit, since the community could contain itself, protected, away from the rest of the city, developing into and through the Architecture to become a late 20th century version of the old Shtetls from the Pale of Settlement. 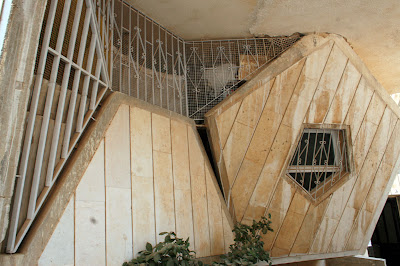 The unappealing oddness of the buildings themselves were much of the reason that these low income families could afford what are essentially very well specified apartments with full amenities, and as they set about adjusting the estate, flat by flat, year by year, staircase by staircase, to fit their evolving needs, and in some cases growing wealth, they never fully efface Hecker's forms, instead inserting variation and enhancement within, and on top of, his modular layout. 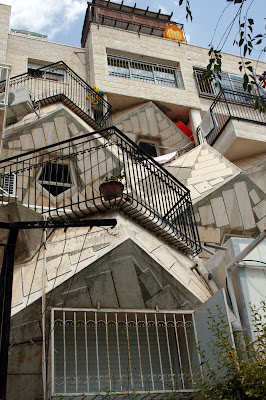 Initially minor practical alterations like plugging nooks and crannies that attract dirt and animals, sealing open edges, were followed by changes to open up the cave-likeness of the interiors to make them more livable by adding proper balconies, larger windows, air-conditioning and straightening a wall here and there, whilst more recently, together with these changes which keep being made, residents are enlarging their flats, and adding extra rooms, with each addition having its own set of materials and look of its own. Rather than consuming the original buildings, these changes bring Hecker's project to life, integrating it inseparably to the growth, development, workings and identity of a minority community, in a way realising his biological metaphors. 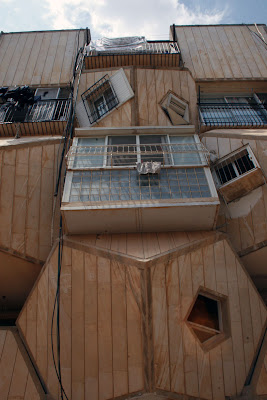 Not everywhere has changed so much, it is mostly the blocks that have several generations of the same families living in them that have taken full authorship over their surroundings, and have altered them alot. In the blocks which have changed dramatically, there is an unexpectedly organic union between the abstractions of Architectural Formalism, and the exigencies of everyday life and specific community needs. The project's fate, and its continuing life and evolution, is in stark contrast to Robin Hood Gardens (a fundamentally more liveable complex) in East London (finished the same year as this started), and other social housing schemes in the UK that are not only being unceremoniously cleared of their buildings, but also their residents and communities -the seed of their survival and adaptation, in the continuation in a different form of New Labour's damaging, euphemistically named 21st century slum-clearance scheme, Pathfinder. 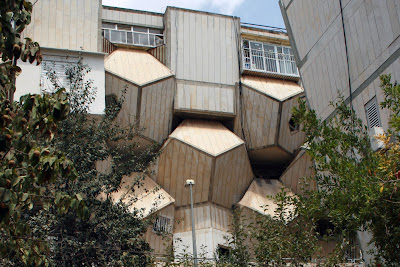 Posted by Adam Nathaniel Furman at 15:11