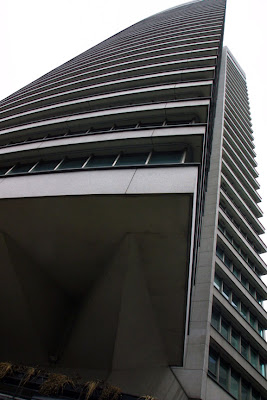 One of a clutch of post-war, first generation skyscrapers that have either been demolished (122 Leadenhall, 20 Fenchurch Street) or re-clad and redeveloped (Britannic House, London Stock Exchange, & the soon to be reclad Guys Hospital), Drapers Gardens was one of Richard Seifert's many insertions into the London skyline, although along with Centre Point -which was finished one year before this- a particularly graceful one, sporting the same bowed frontage, which here was emphasised with continuous recessed horizontal glazing, tinted a bright green. 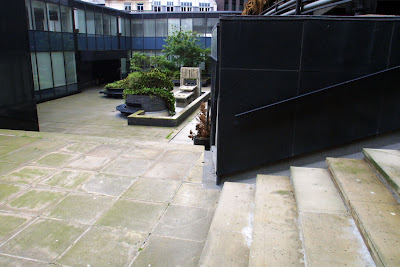 Finished in 1967 and standing at 100metres tall, with a pronounced presence on the skyline, up close it still felt like a small building, through a combination of small floor-plates and the way Seifert's office set it back from the street on a plinth, and created an intimate entrance sequence and range of surrounding spaces. Above you can see the rectangular courtyard (replete with cute water feature and overabundant planting) embedded in the two story plinth of offices through which you would approach the base of the tower cantilevering over an entrance in front of you, and to which you would enter from the street via a sottoportego (which you can see just to the left of the planting). To your right were a large set of stairs (from where the photo was taken) that rose with one landing to the roof of the rear of the plinth. 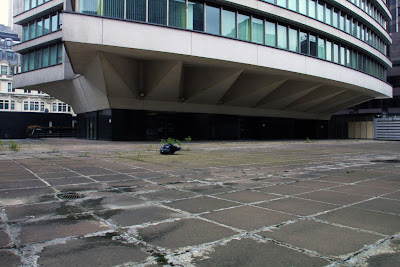 Rather forlorn when I visited, after the building had been vacated for some time, the second floor raised plaza to which the stairs led was a weird no man's land pressed up against the back windows of all the surrounding offices, its uneven paving watched over by several CCTV cameras and ventilation for the spaces below. It was a valiant attempt to create an open space for the tower to stand within and be admired from, but was made far more interesting, and far stranger than a successful tabula rasa through its compromise with the dense collection of ugly backsides of buildings facing it, pressing in onto it, and the way the plaza was irregularly shaped, distorted and squashed by the limitation of the irregular London plot. 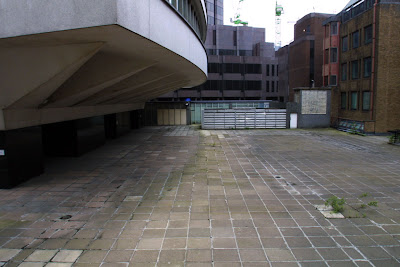 With a long thin projection out towards a neighbouring road, between two adjacent offices, and sporting a concrete frame structure that was either the remnants of a building, or whose purpose I just couldnt make out (perhaps a part of the City Skywalk that was meant to extend to here someday?), but from where you could get a perfect, front on dramatic view of the bluging facade of the tower as if from its very own little axial boulevard (see photos 3&4 below). 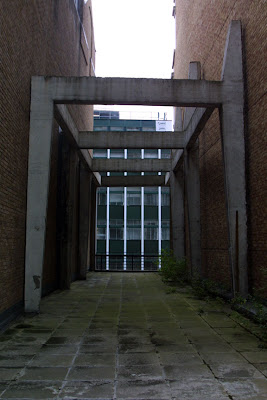 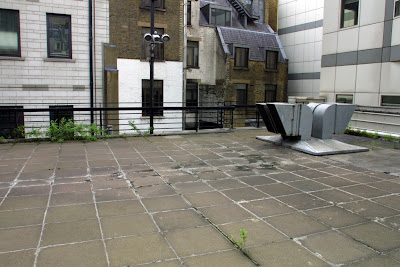 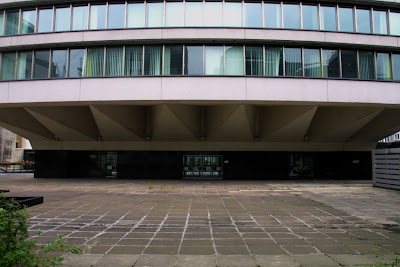 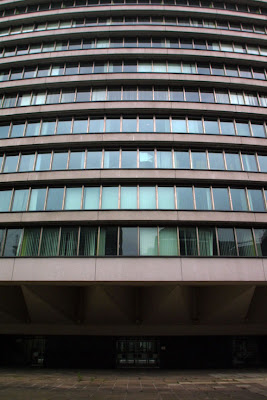 Like Centre Point and the Nat West Tower (the tallest Cantilevered building in the world) he lifted the main body of the building off of the plinth with some sculptural fingers that looked as if they used to be dramatically lit at night. 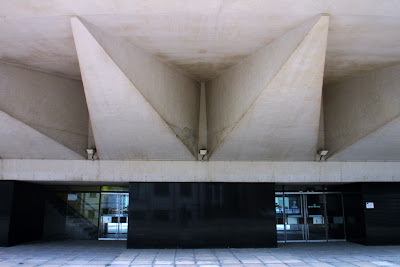 The space at the level of the raised plaza having no program in it apart from the core and stairs rising through it, so that you can easily see through the building to the full breadth of the site. 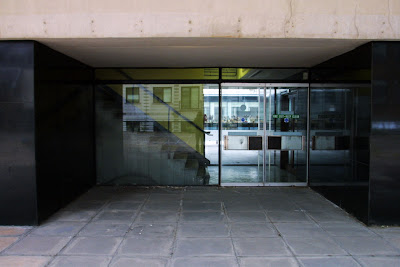 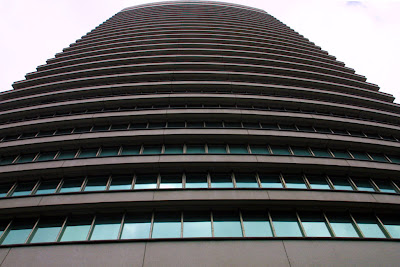 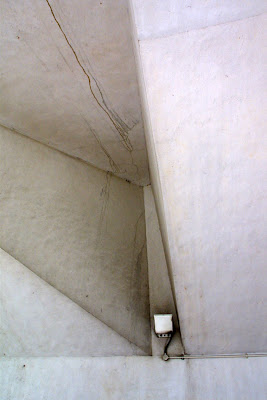 It was one of Seifert's more delicate designs and incorporated itself into the dense grain of the City in a layered, spatial manner that offered itself up gradually as you moved around, entered and navigated its levels, whilst still having a strong presence at each point. A much more considerate citizen of the Square Mile in its relation to the street than say all those 1980s KPF mimicking quasi-contextual beasts that covered their block-filling first three floors in granite and thereby claimed vernacular sensitivity... 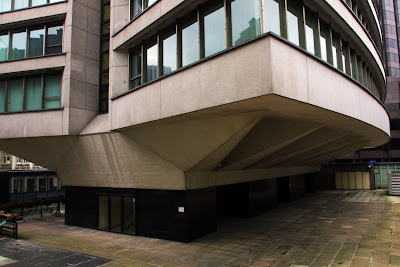 and definitely much more interesting and worthy than its 2010 replacement by Foggo Assoc, that couldn't even bother with that, and just filled out the entire plot with the now typical Humungous-ginormous bank-loving trading-floor-worthy floorplates, all the way up to 73 metres, canyonising the surrounding streets and bringing a hacked and chopped up bit of Canary Wharf to this ancient site (it had been undeveloped since Roman times when the 1967 tower was built). I understand that clients want trading floors now, and a building with a floorplan like Drapers Gardens is impossible to let in the current climate (Centre Point is perennially difficult to rent out), but Im sure one can do better than what this was replaced with. I would have loved to do a simultaneous post on Britannic House, that great beast who was so much more impressive than Shell Mex House, which but for lack of a bit of stone never got listed, and that I took photos of with my old analogue camera, the photos from which have all been dispersed sometime ago in one or another move between flats somewhere in London... 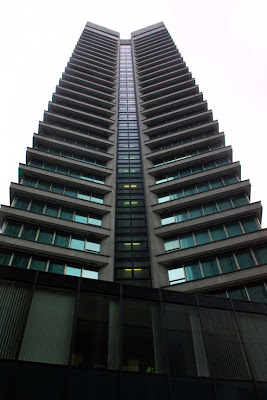 ^view from the street
Posted by Adam Nathaniel Furman at 12:14