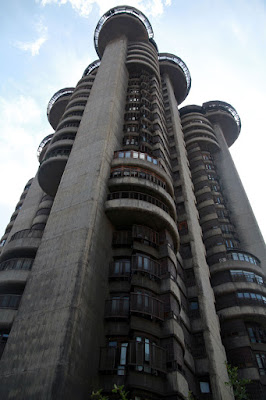 I'll try and let the pictures do the talking on this one, an exuberant, next generation Iberian hybridising of the kind of organic concrete expressionism developed by Bertrand Golberg in Marina City in Chicago (finished the year this was designed). The whole thing evolves from dizzyingly complex Aldo-Van-Eyck-on-stimulants plans that govern its massive cliff-like form as it rises.
Between every slab, and into every nook and cranny opened up by the plan's super-imposed circles are crammed small, detailed, strange neo-vernacular wooden details -floating shutters on rails and blown glass screens- which in their hand-crafted, delicate and antiquated appearance (Hassan Fathy in the sky) contrast with the immense coarseness of the concrete structure to lend the whole ensemble the appearance of an ancient future, of an imperial muscularity and grandness aged and colonised by a coral reef of successive, smaller generations whose interventions act only to render the overall scale of the building more impressive.
And now the photos... 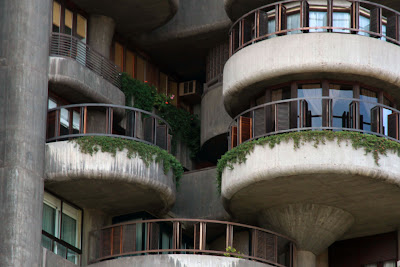 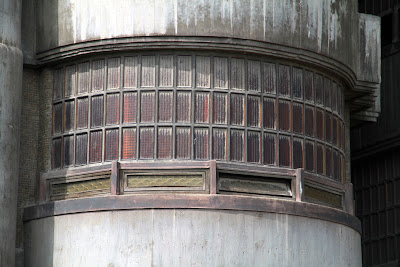 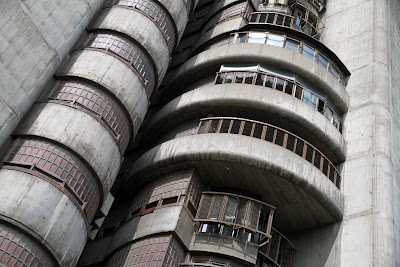 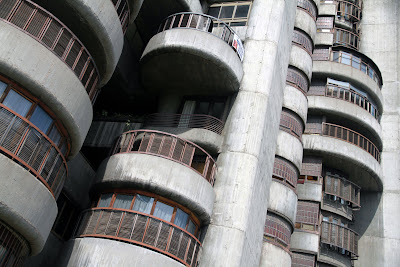 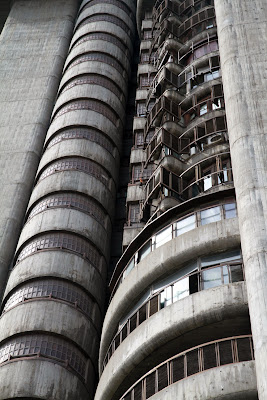 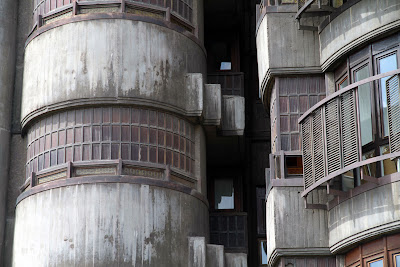 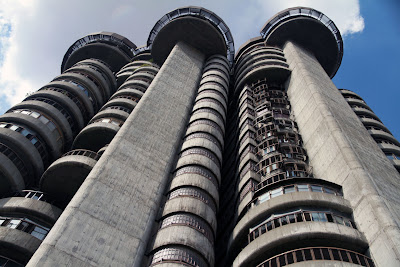 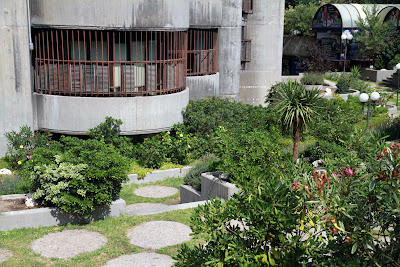 The entrance is in the lower ground floor and is a veritable mushroom filled grotto of marble and plaster... 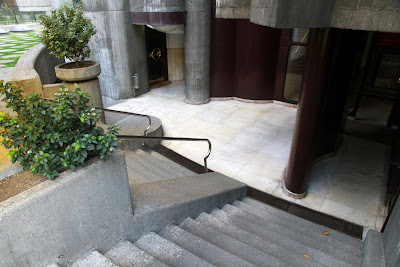 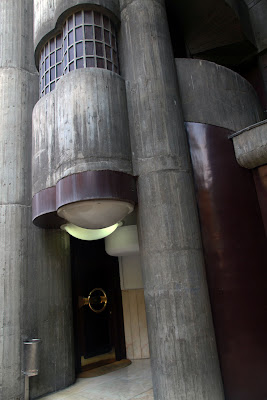 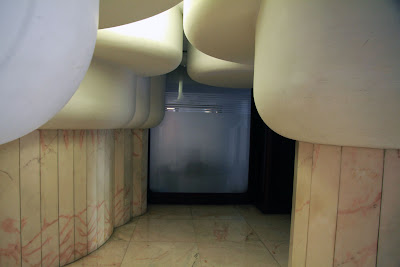 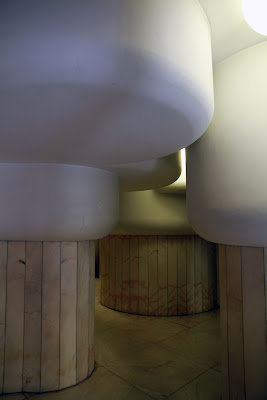 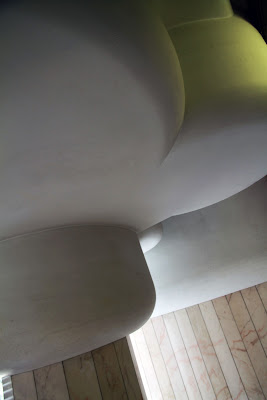 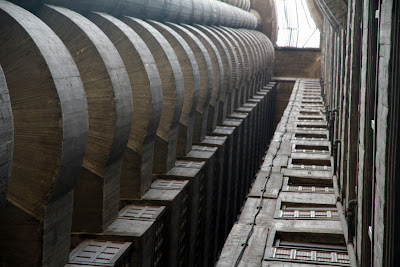 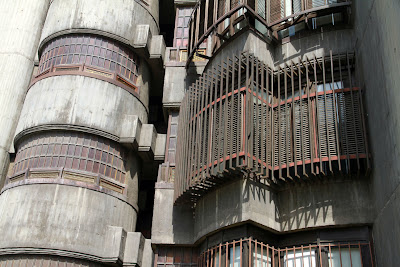 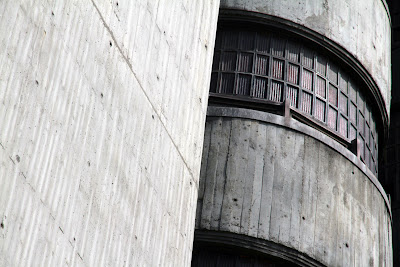 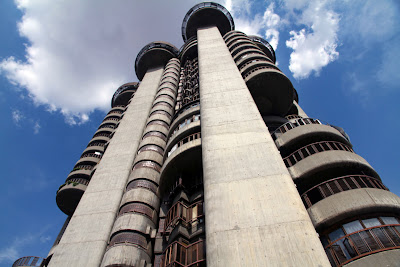 I had wanted to do a post on my other favourite (twin) tower in Madrid, the Torres De Colon, but unfortunately only had time to peer at it through the window of a cab after speeding around a round-about a few times in front of Phillip Johnson's Puerta De Europa towers. The Torres Blancas was just across the road from the Puerta de America hotel (the one where each floor is by a different architect) where we spent a restless night in Plasma Studio's spike-fest floor, in which there was a certain degree of difficulty getting any privacy whilst using the spiky loo or spiky shower, although the terrifying novelty of the whole project (it felt like pure excess capital, like you could touch the stuff with your hands and eyes) made any embarrassment kind of worthwhile. 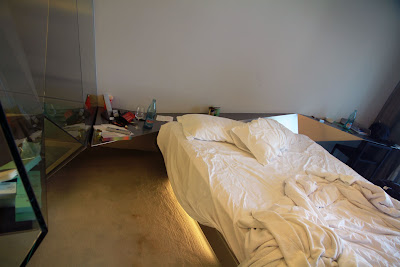 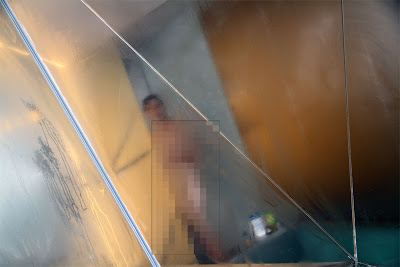 Posted by Adam Nathaniel Furman at 11:23