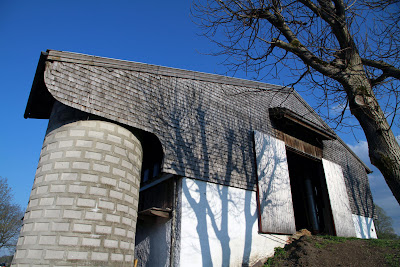 Or rather Bavarian Farmsteads (cousins of the more famous Low German Houses) that litter the sub-alpine foothills of southern Bavaria. They are large longitudinal structures that incorporate all the various spatial and architectural requirements of a farm complex, and its related living areas, under one -huge- roof. Some have had additions over time that extend beyond their monolithic basilica form, but the majority retain their fundamental clarity of outline, instead shifting floors, varying facades, and altering the distribution of their internal functions to adapt to changing farm practices, family needs, and in the case of most (it seems), the complete redundancy of the small scale farm itself as a viable economic unit. 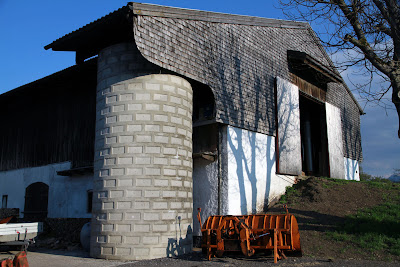 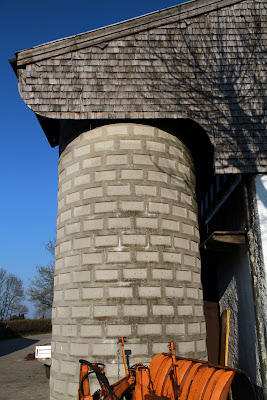 The first one here tickled my pickle by the way it artfully incorporates a miniature grain silo of some description into the front facade of the barn and under its eaves, extending the slope of the roof out further on one side than the other, with the projection looking as if it is being held up by a wildly disproportionate column, itself screened at the top by a cute s-profile cut out of the shingled surface. It has a bit of Aldo Rossi massiveness flirting with some Venturi Scott-Brown decorated shedness going on as you walk around it. 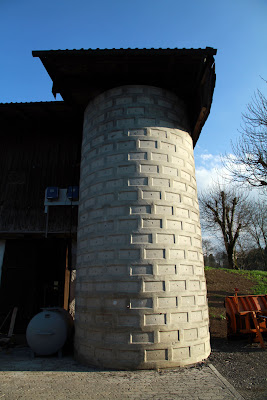 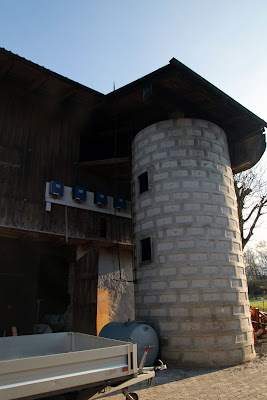 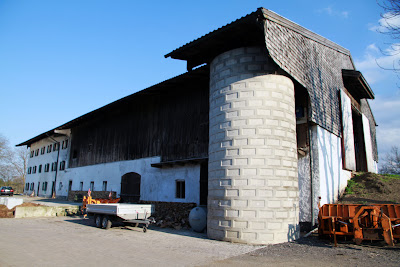 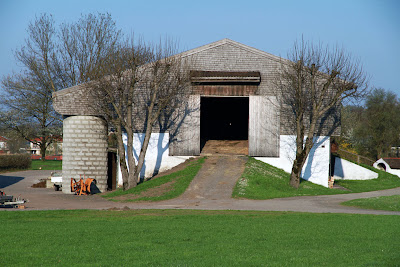 Some of these Überbarns look decidedly 1970s, others bear the marks of the changes wreaked by the passing of many generations and their respective tastes, and a couple that I came across are new houses mimicking the type's form, but all were occupied, the ones still being used as functioning farms usually being the ones that most often had significant external additions. 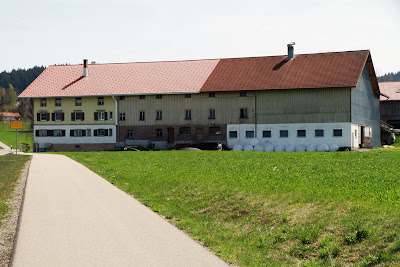 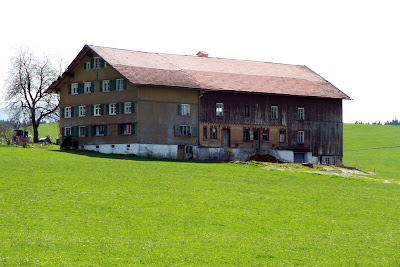 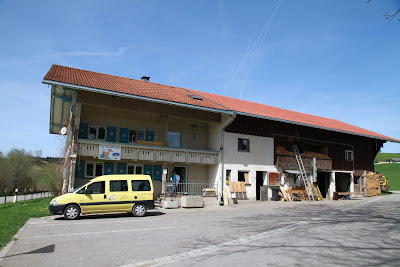 A rather pleasing sight was that so many of the barns used their not insignificant roof-scapes as little solar farms, the degree of popularity for which probably has something to do with Germany's famous subsidising of its solar capacity. 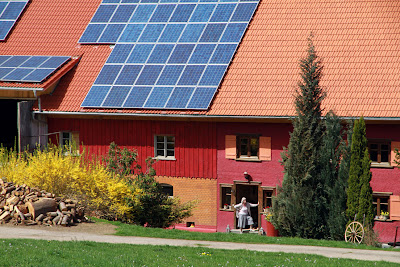 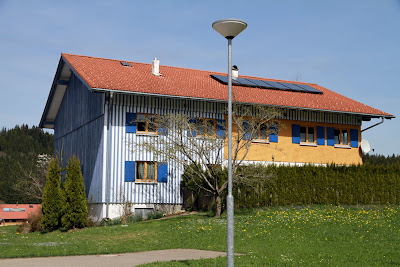 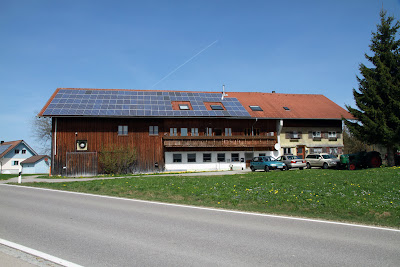 As a total tourist driving through the region -consuming it all superficially with my eyes- the way they drop into the landscape like little villages that have been crushed in a mould, and pressed together into toy-house shapes, was for a kitsch glutton like me the perfect run up to the imploded collection of fairy-tales that was Neuschwanstein, the castle which we were on our way to see as we passed all these Bavarian farmsteads. 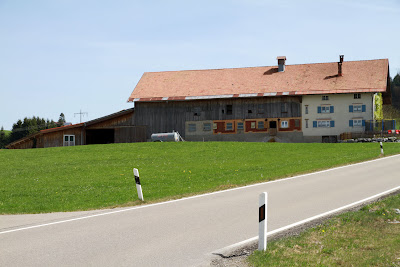 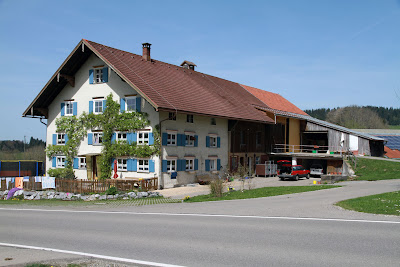 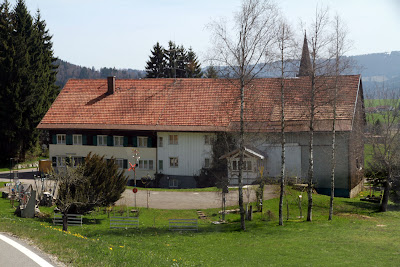 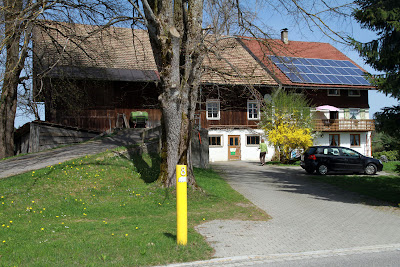 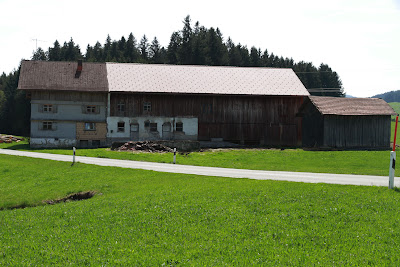 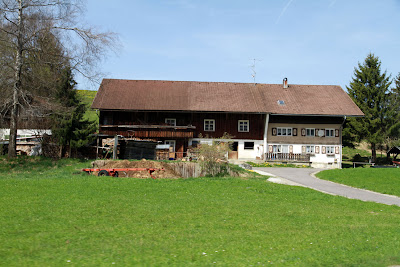 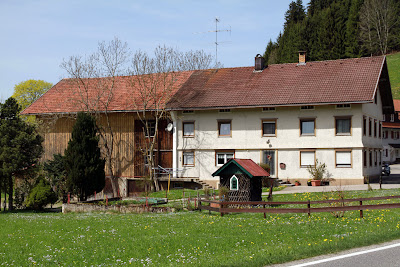 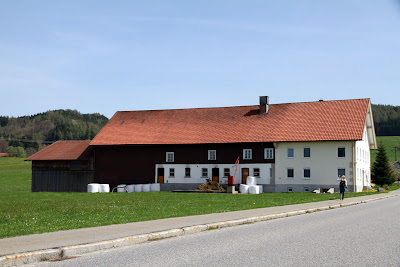 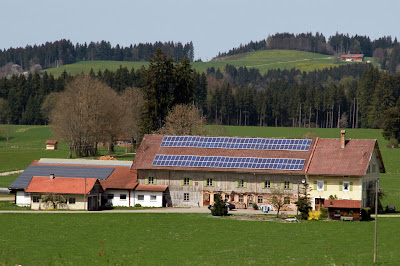 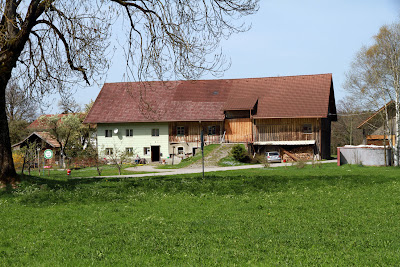 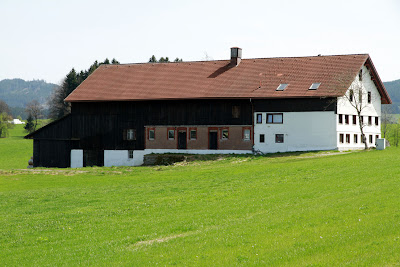 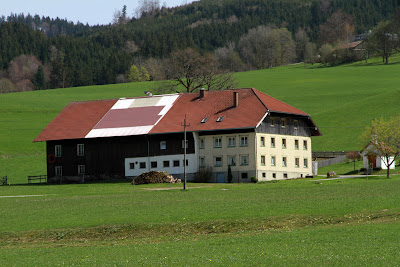 Posted by Adam Nathaniel Furman at 10:35