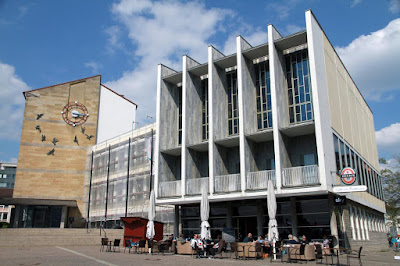 The Town Hall complex in Friedrichshafen, a small town on Lake Constance -the birthplace of the Zeppelin- that I was quite smitten by. The number of ice cream parlours perhaps outnumbered the actual residents of this German summer resort town, which is positively bursting with 1950s cuddly modern, rigorously friendly cuteness. 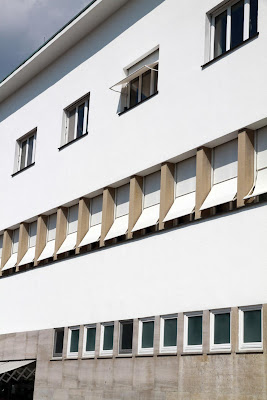 As well as the Zeppelin Museum, previously the Hafenbanhof (harbour train station), a rather remarkable 1930s survivor... 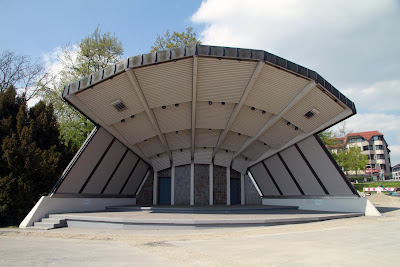 ...this Scharounalike bandstand on the boardwalk, replete with its own extensive list of Rules posted on its walls as to how it should be used in any given situation (the only other time I've come across such directives was an even more Byzantine, publicly posted document in the Jardin des Tuileries)... 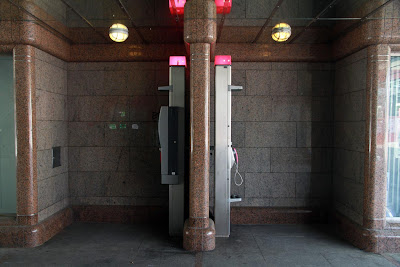 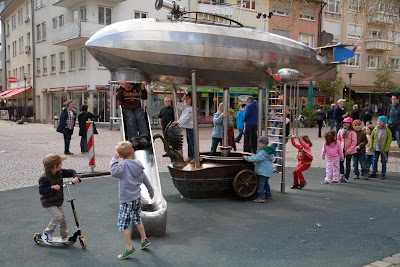 ...and finally a ridiculously successful piece of playground sculpture (which could teach Zurab Tsereteli a thing or two about how to make kitsch, fun. rather than effing monstrous)... 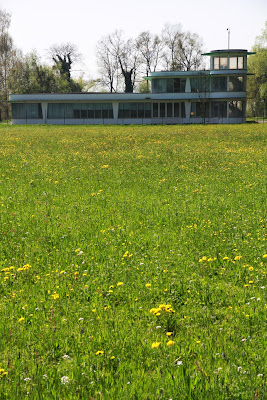 Near Bregenz and the border with Austria, the Felix Wankel Institute, previously Felix Wankel's (inventor of the wankel rotary engine) private residence, which he later modified to be his laboratory until his death in the late 1970s 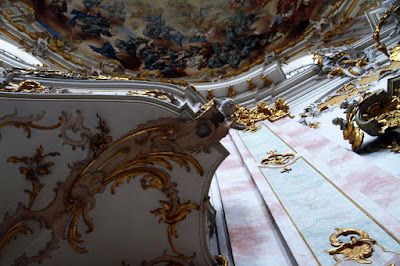 View up from under the Organ terrace towards the vast dome in the Rococo Ettal Abbey Chapel. 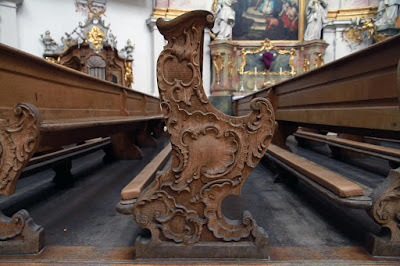 Sculpted pew-ends in the Chapel. 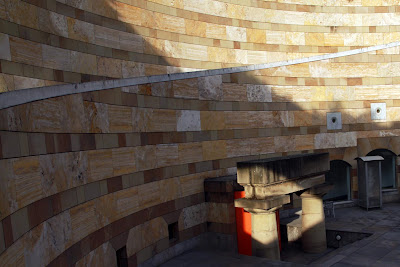 The 'sunken' Doric columns and entablature in the central courtyard of Stirling & Wilford's Neue Staatsgalerie in Stuttgart. 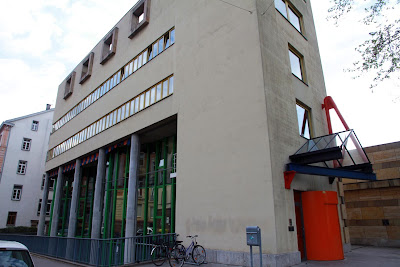 And the gallery's offices at the back of the complex. 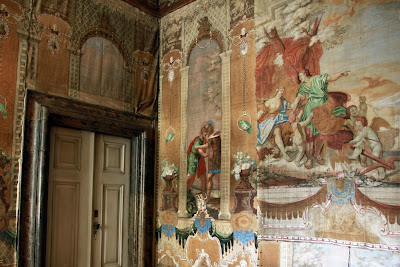 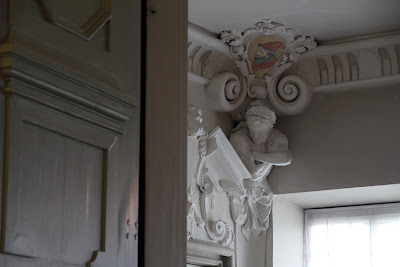 Perhaps in a nod to German cultural affinities with Russia, and a similar conflicted dependency on Italian artistry, the palace is full of quite muscular, Baroque figures pumping their biceps and displaying bulging quadriceps, flexing their masculinity in defiance of all the swirling pastelles and delicate vegetal gilding of the Rococo ornament around them, a tension similarly played up to great effect by Rastrelli at the Catherine Palace in Tsarskoye Tselo. 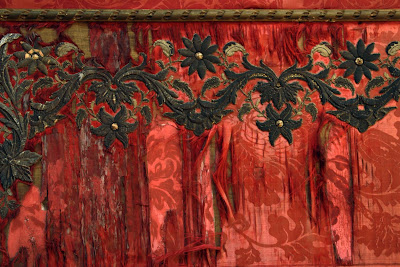 Some original wall fabrics in the palace that retain their vivid dye, but not their material integrity. 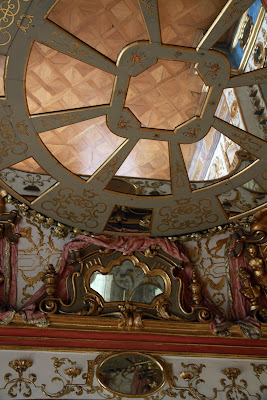 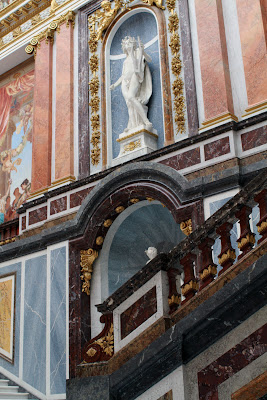 Above is the only shot I managed to sneak of the interior of Ludwig II's Schloss Herrenchiemsee. One of the several palaces he was building at the time of his death, with this one being the only palace he never intended to actually live in. It was meant to be a replica of the Versaille of Louis XIV, but a replica in the nineteenth Century, openly imaginative creative-license sense of the word, so alot more colourful, quite alot bigger in the dimensions of its rooms, and -quite incredibly- even more overloaded with ornament. It was also not a palace in the sense of a functioning residence of royal business or pleasure, it was instead meant to be a life-size version of a model-in-a-museum, a fully immersive, lifeless, atmospheric artifact from a better time long-gone, in which Ludwig II could contemplate (alone, he hated company) the greatness of the characters, adventures, and acts that filled the period of European absolute monarchy that he apparently pined over as a lost golden age, flushed with gold, but neutered by parliament and chained by Prussia as he was at that point... 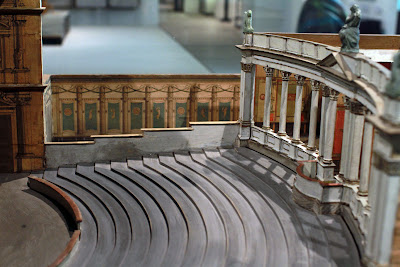 Above and below are models of another of his projects, this time a temporary Pompeian theatre for a Wagner festival (he loved Wagner, and even had a vast Wagnerium proposed for Munich -designed by Gottfried Semper no less- that was stymied by some good old 19C NIMBYism) that was to be located in the glass and iron Crystal Palace that he had built on the roof of his Munich Schloss. The Pompeian period was seen not only by Ludwig II, but also by his father Ludwig I, as another golden age to be replicated and creatively re-imagined in royal projects and commissions, although with the added benefit of being a relatively 'new' old paradigm, having only been uncovered in the recent past. Proof enough of the family's interest, beyond this theatre, is the Pompejanum, a "replica" of the house of Castor and Pollux built on a hill with a commanding presence over the town of Aschaffenburg by the said dad. 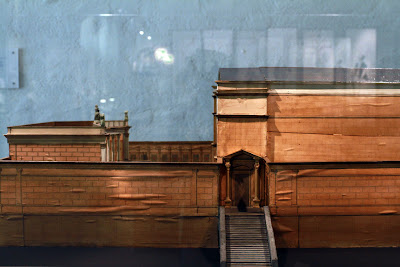 Posted by Adam Nathaniel Furman at 13:53