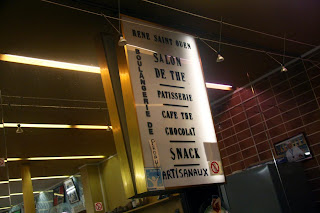 A Boulangerie/Cafe called "Au Pain Bien Cuit", at 111 Boulevard Hausmann in the 8th. We had just left the Musee Jaquemart Andre, and this shop provided a perfect counterbalance to that museum's Second Empire grandeur. 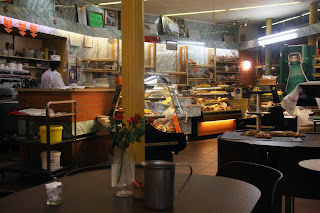 Brilliant combination of blue-veined marble-like laminate, red brick, yellow paint, and a host of catering trolleys and oven trays scattered between and over every surface. 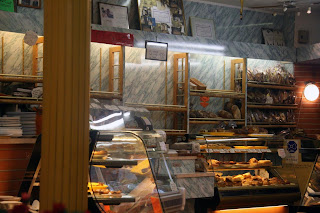 While also being full of pictures and mementos of the past, mostly featuring an apparently absent baker who I presume started the place, and who you can see in the middle of the photo below (which was sitting on the lower shelf of a trolley next to our table), recieving the First Prize in the "Prix De La Baguette Parisienne" in 1997. 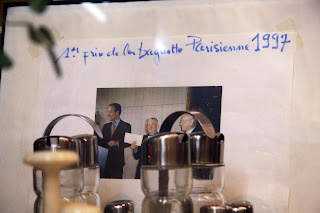 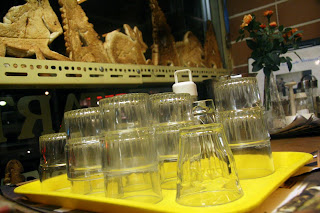 Posted by Adam Nathaniel Furman at 12:38