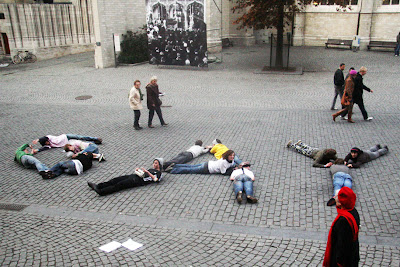 Stepping out of Leuven's jewelry-box town hall (which, if you dont have time can be visited in miniature at Mini-Europe, underneath Brussels' oversized Atomium), I was greeted by a bunch of giggling teenagers lying in the middle of the square in front of the Cathedral, together forming the word 'gay', out of a human typeface dressed in whatever clothes each of the members in each letter didnt mind throwing away the next day. They held the pose for quite some time, chattering to each other until they got cold, at which point they lined up in a row and began rolling over each other. 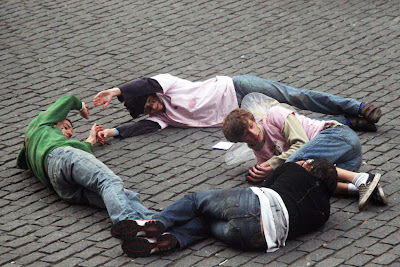 I doubt they were Leuven University's LGBT society, they were most likely using the naughty word as a way of waving their juvenile bums in the air at the still essentially Catholic nature of Leuven University proper, and its chief church. 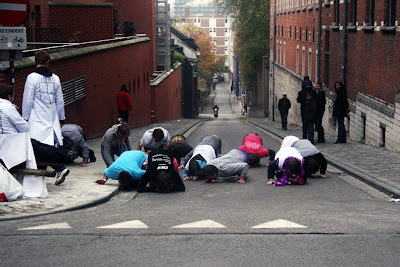 It turned out that it was freshers weekend, and all the new students were being put through their initiations throughout the city centre, which was transformed by thousands of kids variously rolling eggs down steep hills with their noses, strapping themselves to each others' backs, chasing each other down busy streets, and -of course- drinking alot. 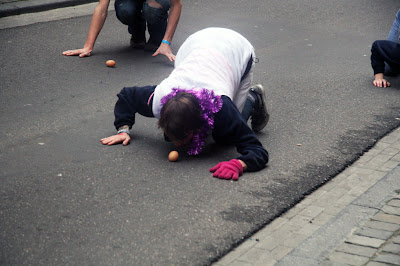 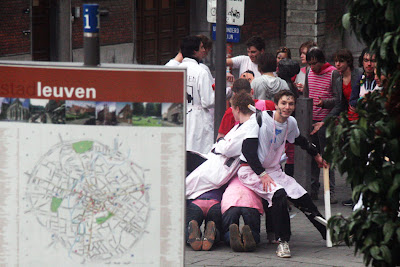 Escaping the pink underwear and fairy wings, I spent some time checking out Neutelings Riedijk's STUK cultural centre. A mix of buildings that has been woven together with new insertions, programmes, a small but still -in that office's manner- grand square and outdoor auditorium, and a meandering, picturesque little public path that pulls the activities through the site, and connects two parts of the city which are at very different heights.
Posted by Adam Nathaniel Furman at 11:38