The Shard Under Construction at Dawn On A Saturday 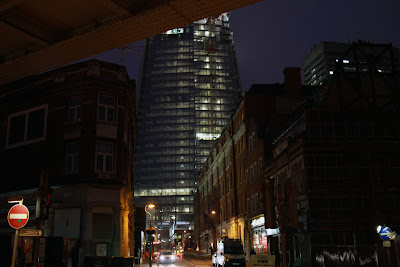 Skyscraper construction is sublime, reverse ruination. It temporarily inverts urban anxieties, extruding them instead into the vertiginous thrill of novelty, and the rarely indulged guilty pleasures of a biblical human thirst for grandiose conceit. Particularly in little, terrified, victorian, low-density London. 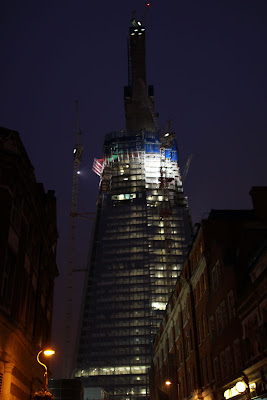 When its completed it will be elegant, and reflective, and transparent, and exquisitely finished, and monumental, but  Mr Renzo Piano's tower will never again be as beautiful as it is now, with its highest crane disappearing into the clouds, beams swaying as they are hoisted up, floodlights illuminating hundreds of tiny builders moving about amongst piles of waiting material, steel frame uninterrupted and open to the elements, and the battlement, the real tower, the anchor, the massive stepped solid concrete core that just brings the whole thing back to the past somehow, pinning it to the weightiness of Romanesque piers, the density of Roman cast concrete vaults, and the blind verticality of Tuscany's medieval towers, it is the muscle at the centre that is slowly being covered up, all of it, as the shiny skin creeps skywards. 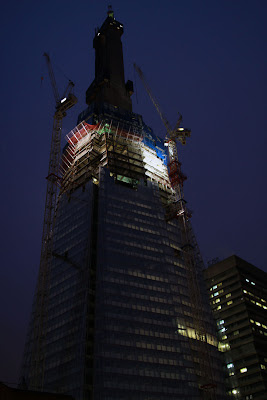 I just wish we could all go up there and have a swing on a few girders before all the floors are clad, breathe some of the air up there, lean over the edge of a floor without railings, climb the ladder up to one of the crane cabs... but then this isn't 1930s New York. 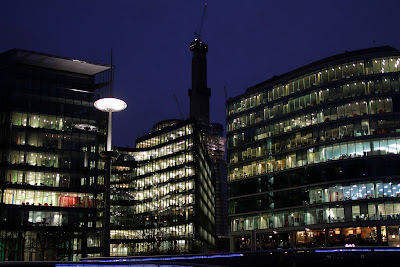 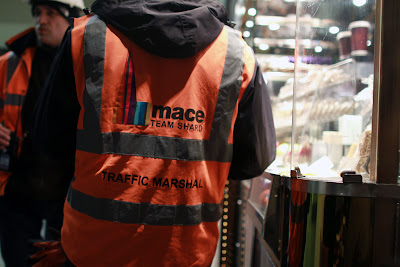 Posted by Adam Nathaniel Furman at 18:49