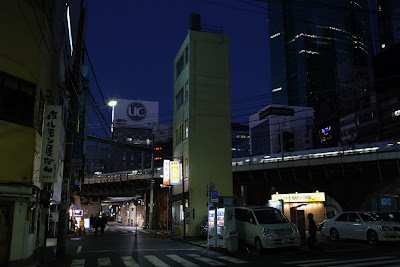 As far as I've seen there is no such thing as a party wall in Tokyo, with buildings often separated by extremely narrow gaps of between 30 and 50cm, which for the life of my I cannot understand how people keep clean, but which they must do since they are almost always nice and tidy. These gaps, tiny plots and total lack of space mean that thin and tall 'pencil' buildings are quite common, sometimes with staggering height to base-width ratios. 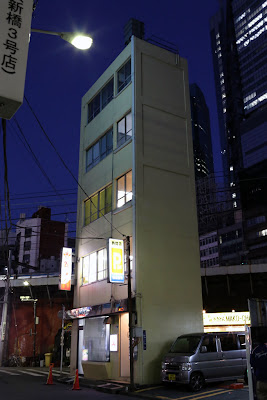 These buildings are however usually clustered together like commuters on a crowded train along the city's streets, or like architectural bouquets in isolated clumps-in-the-round, often in the middle of a tangle of roads. On the way to Ginza, walking through Shinbashi, I passed this singularly proud little extrusion, a typically tiny building with one room on each floor, windows on two sides, and five stories high, but here he is standing alone in the corner of a car park, only really taking up as much space as one of the cars parked around him, acting bravely as sentinel to the junction he fronts. 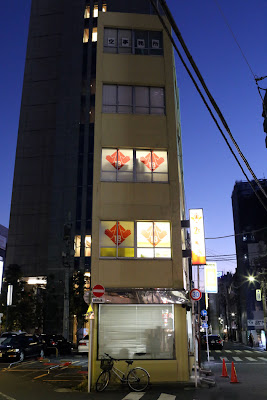 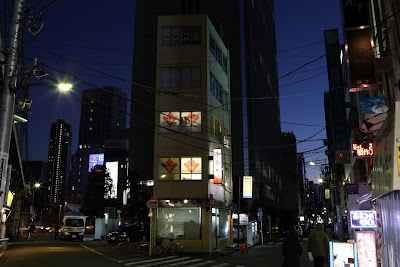 Posted by Adam Nathaniel Furman at 01:06