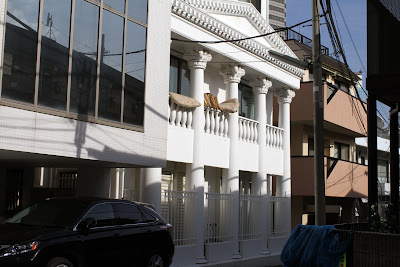 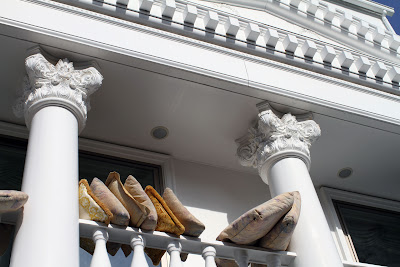 The capitals appear to be made from wonderfully resilient, brilliantly shiny Polyurethane 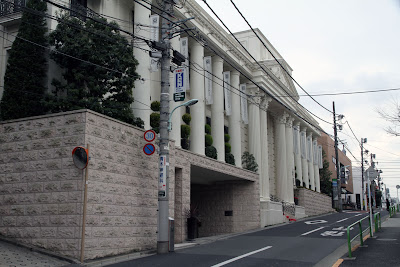 And in the grand municipal manner, a large wedding emporium in Aoyama 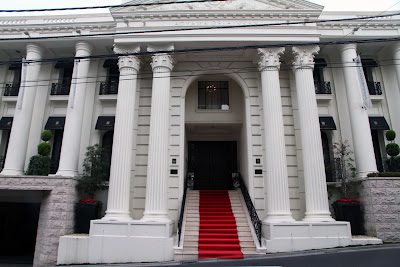 The red carpet with en-framing arched opening, flanking bays and looming (shiny) Corinthian columns with accompanying pediment create a sense of ceremony and arrival which is in such contrast to the surrounding streets that in an uncanny but undeniable way, it feels pretty classy. I had to positively restrain myself from asking for a passer-by to take a picture of me sprawled voluptuously on the steps...
Posted by Adam Nathaniel Furman at 12:00