Sitting above Saint Tropez like a quietly disapproving wall of imperiously white rectitude, Latitude 43 looks like some kind of hospital for patients who have been mortally overwhelmed by the excesses in the city below.

the video above is cut to half its width by blogger, please go here for the full version 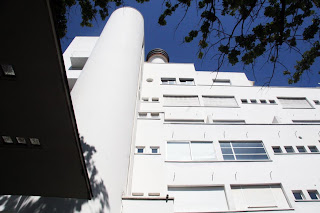 The 30degree kink in its body, together with the stacking up of floors towards a pinnacle at the rear surmounted by an industrially positioned chimney of some kind, make the building look as if it is not only some kind of sanatorium, but a boat as well, stuck on land, but forever trying to sail away, packed full of its neurotic patients, towards some past mechanical future where it can finally berth itself. 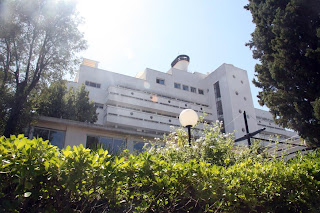 However the people that I spoke to in Saint Tropez about it didnt seem to read its aloofness, separation and horizontality in the same way, they rather preferred to see the building as a part of their own contemporary mythology of fame. The inference was made that because the building is white, and from the 1930s, and this is Saint Tropez, it must be by the most famous architect of all time, Le Corbusier; and indeed, for many this building is simply another affirmation of the place's singularity, not silently trying to sail away into the Provencal landscape, but in fact proudly moored in the ground, loudly exclaiming its presence as brashly as the biggest super-yacht in the harbour. 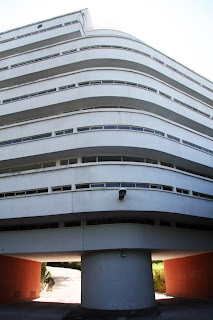 Either way, as you approach it (after having crossed the no entry, private property signs), it reveals a more delicate side. The kink is sensitively used underneath as a threshold between the public road and the shared entrance gardens and pavilion, on the facade as a way to soften the repetitiveness of the layered horizontals, and on the roof as a way of mediating between the two main volumes of the building. 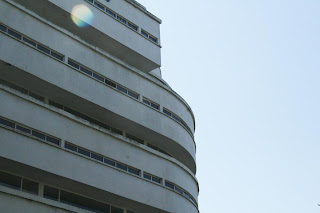 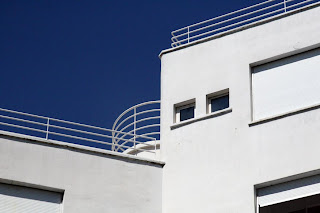 All major terminal edges are either beveled, rounded, or punched through with slightly comical round windows, adding a whimsical and light hearted flavour, in that they seem to be attempting to achieve something like the elegant distortion of the rectangular forms attained by the kink, but instead only embellish and busy them like children sitting in on a serious conversation, interjecting occasionally with delightful but irrelevant remarks. 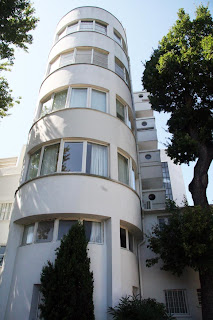 The small house just next to the main building being like the extension of this tendency at a larger scale. 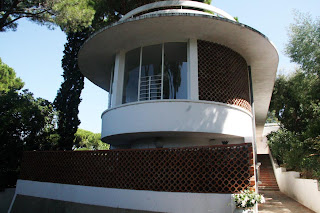 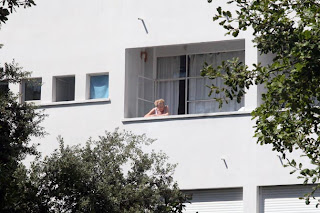 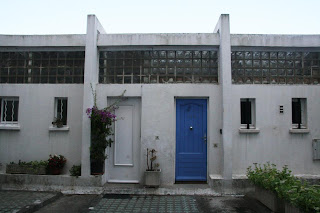 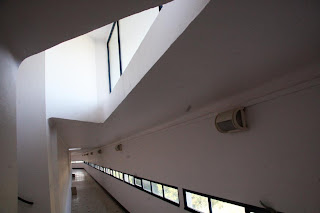 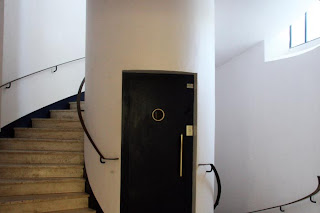 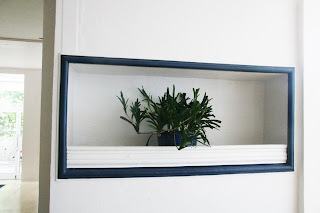 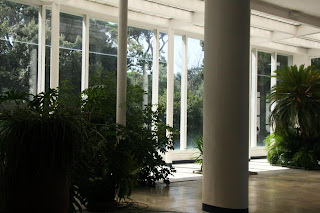 Posted by Adam Nathaniel Furman at 09:48