Monochrome Gordes and its Voluptuous Church

Scenographicaly perched atop the crest of a hill, Gordes is your perfect little Provencal stop, packed full of shops selling cute handmade nick-nacks, and plump with Estate Agents advertising villas in the region. Respectfuly impressed and well behaved tourists mill around its streets, and sit on its steps making use of the free wi-fi network. 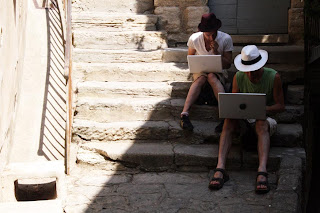 The buildings and streets are all made of the same, yellowish stone, and for the first fifteen minutes it is easy to admire the way in which the strong light in this part of the world carves-up the architectural forms, breaking them into sharp and abstract shapes. But after fifteen minutes the light grows too strong, and whatever visual pleasure there is to be gained from contemplating fortuitously assembled, sunbathing stone houses, is somewhat undermined and emtptied by their containment of a branch of 'Knight Frank', or of 'Christie's Property'. The juxtaposition carries with it a comparison of the village's sobre and monochrome aesthetic, with the aesthetic of tasteful, or rather neutral, decorum so uniformly held up as correct by those who sell property for a living in the United Kingdom. The pretty village of Gordes becomes an embodiment of the kind of restrained moderation that helps differentiate those who have taste from those who dont, the kind of uber snobbery in which one is more showy, and more snobby, precisely by showing less -but showing less in just the right way. The shadow-carved forms start to feel as oppressive as do all the endless and unstoppable waves of pristinely finished white-on-white english apartment interiors. Almost exactly the same streets in other villages, that looked almost exactly the same, did not have the same effect, but in Gordes it was overwhelming. Overwhelming at least until I stepped into the main church, from which I expected nothing but another dark, romanesque interior sliced out of perfectly cut stone. 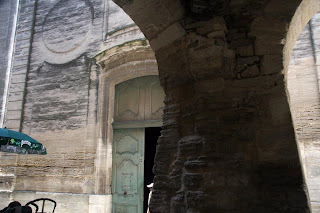 The facade was as yellow, and uniform, as any other of the buildings, but stepping inside was a vertiginous thrill. The oppressive feeling of the situation outside, where I had felt the drab weight of convention pressing in on me from each alley-way, was positively turned inside out and set off like so many fire-works. It was as if the church committee had given the job of decorating the place to an over-enthusiastic member of the congregation, who had proceeded to go wild in her inspiration, drawing material from a combination of architectural pattern books, and the array of patterned plastic table-cloths she happened to have at home. It was an adorable, fun, and ultimately rich interior which, to my pleasure (and totally contradicting the sentiment I had had outside about the people visiting the village) was very much enjoyed by the several English admirers whose conversations I happened to eavesdrop into whilst inside. 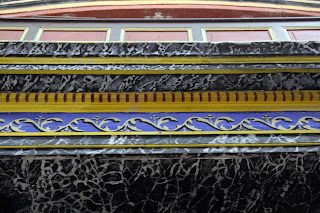 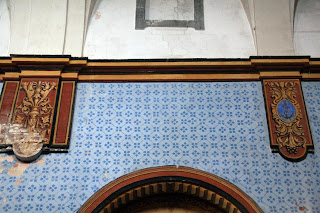 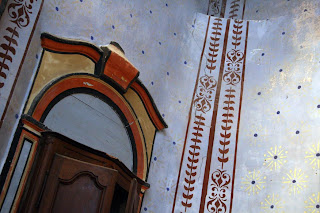 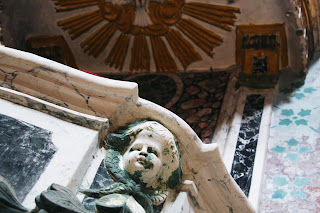 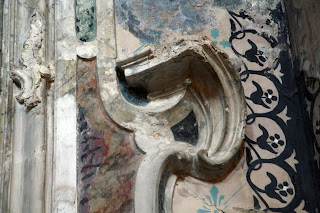 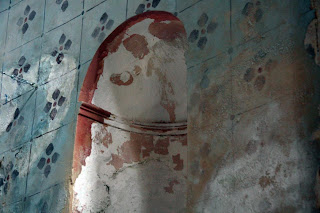 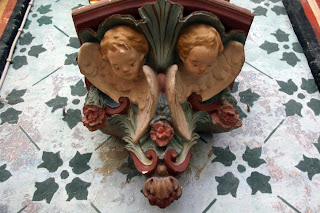 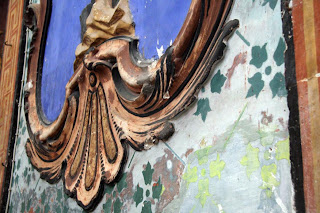 And plasterwork ornament, alot of it oddly formed somewhere between baroque and rococo, but always slightly strange, and all painted and powdered like a little girl who has been overly zealous in the application of her mother's make-up. Foundation, concealer, and blusher, to soften and shape the curves, and highlighter and mascara to pull it all together, sharpen the edges and bring out the colours, all liberally, and exuberantly applied. 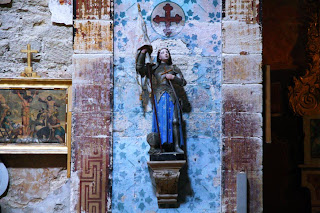 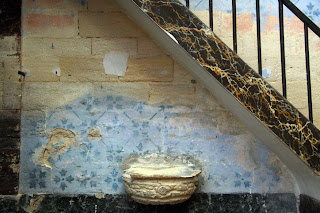 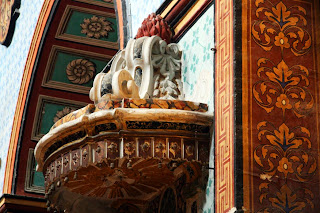 Posted by Adam Nathaniel Furman at 18:39